Manchester and the Mountains boast a handful of the region's most popular cultural attractions. Enjoy an evening out with Manchester Music Festival, see a groundbreaking exhibit at Southern Vermont Arts Center, or catch the latest Off-Broadway work at one of our incredible theatres. Get creative with your free time and experience our flourishing arts and culture scene for yourself. Make memories, be inspired, or learn something new; in the most beautiful place on earth.

ARTS AND CULTURAL EXPERIENCES IN MANCHESTER

Whether you’re looking for adventure or just a quiet escape, Manchester is just the place. For a quaint mountain town, we’ve got all the big perks; world-class heritage sites, award winning cultural venues, incredible galleries and museums, and recreational activities to suit even the most ardent enthusiast. 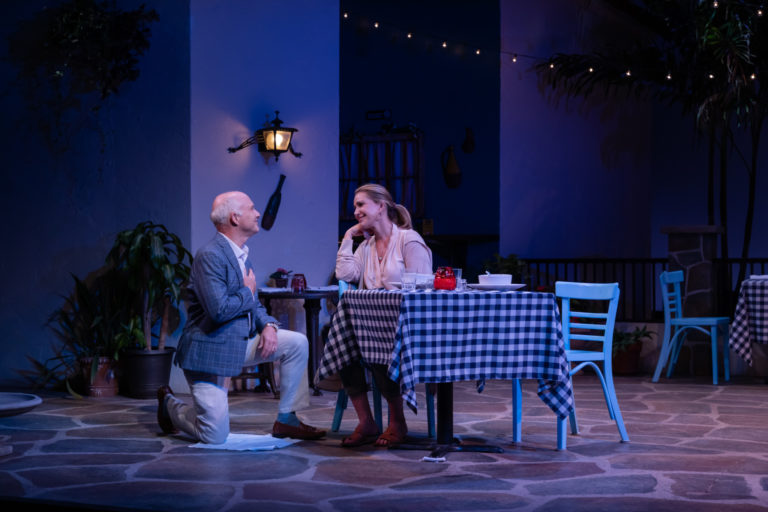 Dorset Theatre Festival has announced its return to indoor performances at the Dorset Playhouse beginning June, 23 2022, and the 45th Main Stage Summer Season featuring Jeffrey Hatcher’s adaptation of Wait Until Dark (June 23 – July 9); the World Premiere of Scarecrow written and performed by Heidi Armbruster (July 14 – 23); Back Together Again, a new concert featuring the music of Roberta Flack and Donny Hathaway (July 27 – August 7); and the World Premiere of Thirst by Ronán Noone (August 18 – September 3). All performances will take place indoors at the Dorset Playhouse.

This will be the Festival’s first summer back inside the Dorset Playhouse since 2019, after having canceled the 2020 season and performing an outdoor season at the Southern Vermont Arts Center in 2021.

“We are so excited to see old friends in our beautiful Playhouse and welcome new friends into our community. Our theme this summer truly is ‘back together again’ – for joy, for laughter, and for community,” – Dina Janis, Artistic Director of Dorset Theatre Festival.

More information is available on Dorset’s website www.dorset theatre festival.org. Subscription sales for the 2022 season begin March 15, and single tickets will be available on April 15.

Now in its 45th year, Dorset Theatre Festival has become a national incubator for new play development, committed to nurturing new plays and playwrights that are groundbreaking, authentic and celebrate our common humanity. The Festival presents 4 Main Stage productions each summer drawing from some of this country’s most talented playwrights, actors, and directors, and highlighting new plays amidst classic works both new and old. Increasingly known for high-quality World and Regional Premiere Productions, in 2017 the Boston Globe dubbed the Festival, “Just north of the Berkshires, a new destination for playwrights.”

Our Main Stage series offers a unique assembly of nationally recognized artists in a rural region. In 2017, the world premiere of Downstairs by Theresa Rebeck starring Tyne and Tim Daly, moved to an acclaimed Off-Broadway production at the Cherry Lane Theatre in New York City the following fall. The Main Stage also brings early productions of new plays to Southern Vermont including the second professional production of Slow Food by Wendy MacLeod starring Frasier actors Peri Gilpin and Dan Butler, and the Festival’s regional premiere of Cry It Out by Molly Smith Metzler in 2018 which was featured in American Theatre Magazine. From vivid experiences of new plays to stunning interpretations of classics like Noël Coward’s Private Lives and David Mamet’s American Buffalo, the Dorset Theatre Festival audience has come to expect the unexpected.

In addition to Main Stage productions of new plays, the Festival supports artists and develops plays through its Pipeline Series of staged readings, the Women Artists Writing Group, a diverse group of mid-career theatre artists expanding their artistry through writing, and The Jean E. Miller Young Playwrights Program, now in its eighth year of bringing free playwriting classes to regional middle and high school students.

The Festival’s summer home at the Dorset Playhouse is an intimate 298-seat theatre built from two pre-revolutionary barns. The Playhouse has been owned and operated by the community group, The Dorset Players, Inc., since 1929, and became host to the professional Dorset Summer Theater Festival, now Dorset Theatre Festival, in 1977.

Today, the Festival is a rich cultural resource and integral part of the community and committed to making theatre made in Vermont accessible to everyone, providing free and reduced-cost tickets all season long through our Giving Back Program, Community Inclusion Partners, Ticket Lottery, and more.

Dorset Theatre Festival’s mission is to create bold, innovative, and authentic theatre that engages a diverse, multi-generational community, and economically broad region: enlightening, entertaining, and inspiring our audience through the celebration of great plays. We produce theatre that matters.

“Strong writing, acting and directing have come together here to create some definite theatre magic, and I’m so glad I was able to witness it.” – THE ALT

“Finer storytelling would be hard to find” – BroadwayWorld

“We never regret a visit to Dorset, a quintessential summer barn of a theatre nestled in the cool Vermont woods.” -NIPPERTOWN

“With great lodging, restaurants shopping and a legendary swimming hole nearby, Dorset, Vermont is a great summer destination for theatre lovers who want everything, and are looking for more than just the same old straw hat offerings.” – BERKSHIRE ON STAGE

Manchester Music Festival’s 48th season will kick off on July 7, 2022, and features an impressive lineup of outstanding musicians and exciting performances.

SATURDAY SALON RECITALS
Saturdays in July • 5pm • Yester House Gallery, SVAC
These solo or duo performances provide the audience with an opportunity to experience renowned musicians in a different light.  Stay after for a meet-n-greet reception with the artist(s).

AN ORCHESTRAL EVENING
Thursday, September 1 • 7:30pm • Arkell Pavilion, SVAC
From Carnegie Hall to the green mountains of Vermont, MMF is delighted to welcome the musician-led, Grammy-award winning Orpheus Chamber Orchestra to the stage.

This summer, health and safety protocols may be in effect in accordance with State and local guidelines.

Manchester Music Festival is a non-profit organization that offers classical chamber music performances and music education of the highest caliber in order to engage the public and encourage the enjoyment of this art form.

The Festival’s artistic director, Adam Neiman, is hailed as one of the premiere pianists, composers, and entrepreneurs of his generation. He makes frequent appearances at prestigious festivals around the world, is an honors graduate of The Juilliard School, and is currently Chair of Classical Performance Studies and Assistant Professor of Piano at the Roosevelt University Chicago College of Performing Arts. His multifaceted career includes maintaining an active profile as a composer and serving as the founder and CEO of the Aeolian Classics record label. 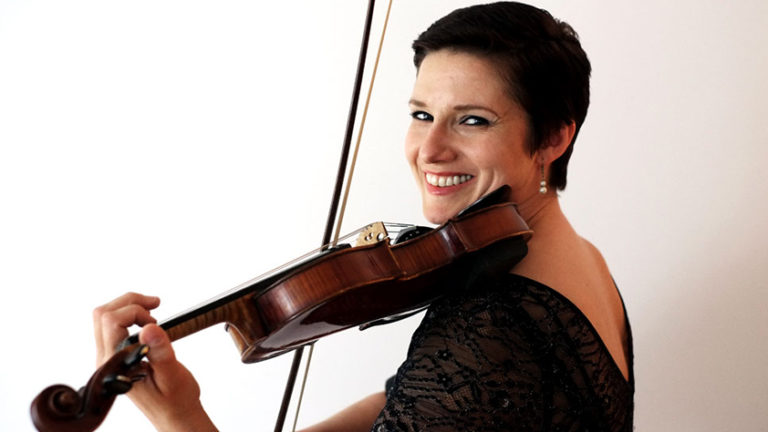 Taconic Music provides Southern Vermont communities with year-round concerts, lessons, and educational programs built upon the rich traditions of classical music. At the same time, they offer inclusive points of entry through a variety of genres for people of all ages and walks of life who value music as part of their daily lives.
Taconic’s Summer Festival brings internationally acclaimed musicians and Chamber Music Intensive students from across the country together for four weeks of chamber-music performances and masterclasses. Music in Action brings music to schools, libraries, bookstores, art galleries, veterans homes, senior residences, and other non-traditional venues, while Strings for Kids offers violin, viola, and cello lessons for ages 5–18. Taconic’s resident ensemble, Taconic Chamber Players, offers a broad repertoire of Baroque, Classical, Romantic, and contemporary works, including pop, rock and jazz arrangements. They perform across the region at a variety of fun, interesting venues–from bespoke concerts in private homes to performances in local galleries and traditional concert halls.
Read more... 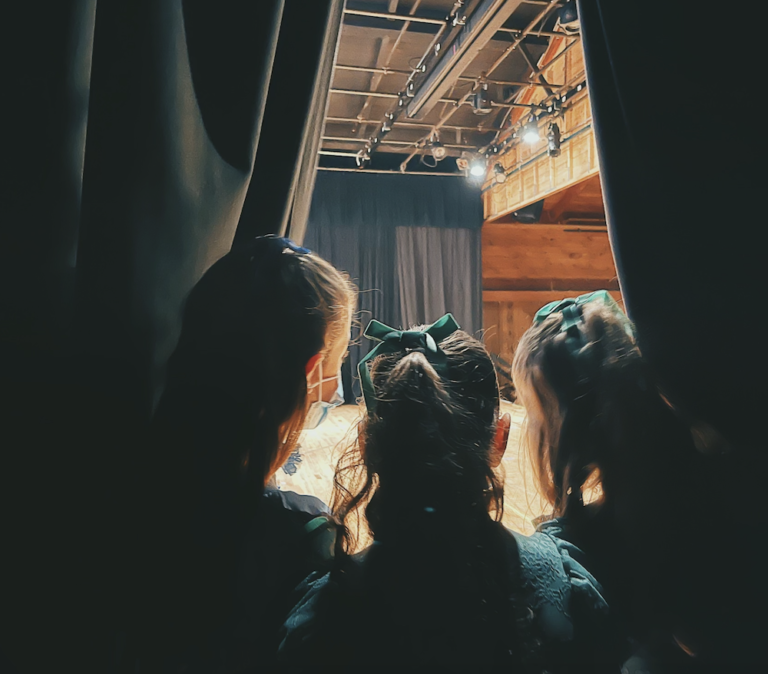 Ballet in the green mountains of Vermont Contact: southernvtballet@gmail.com

Nutcracker is separate from weekly classes. Nutcracker rehearsals will be on Saturday or Sunday once the student is cast in the show.

For more info- check out: NUTCRACKER 22!