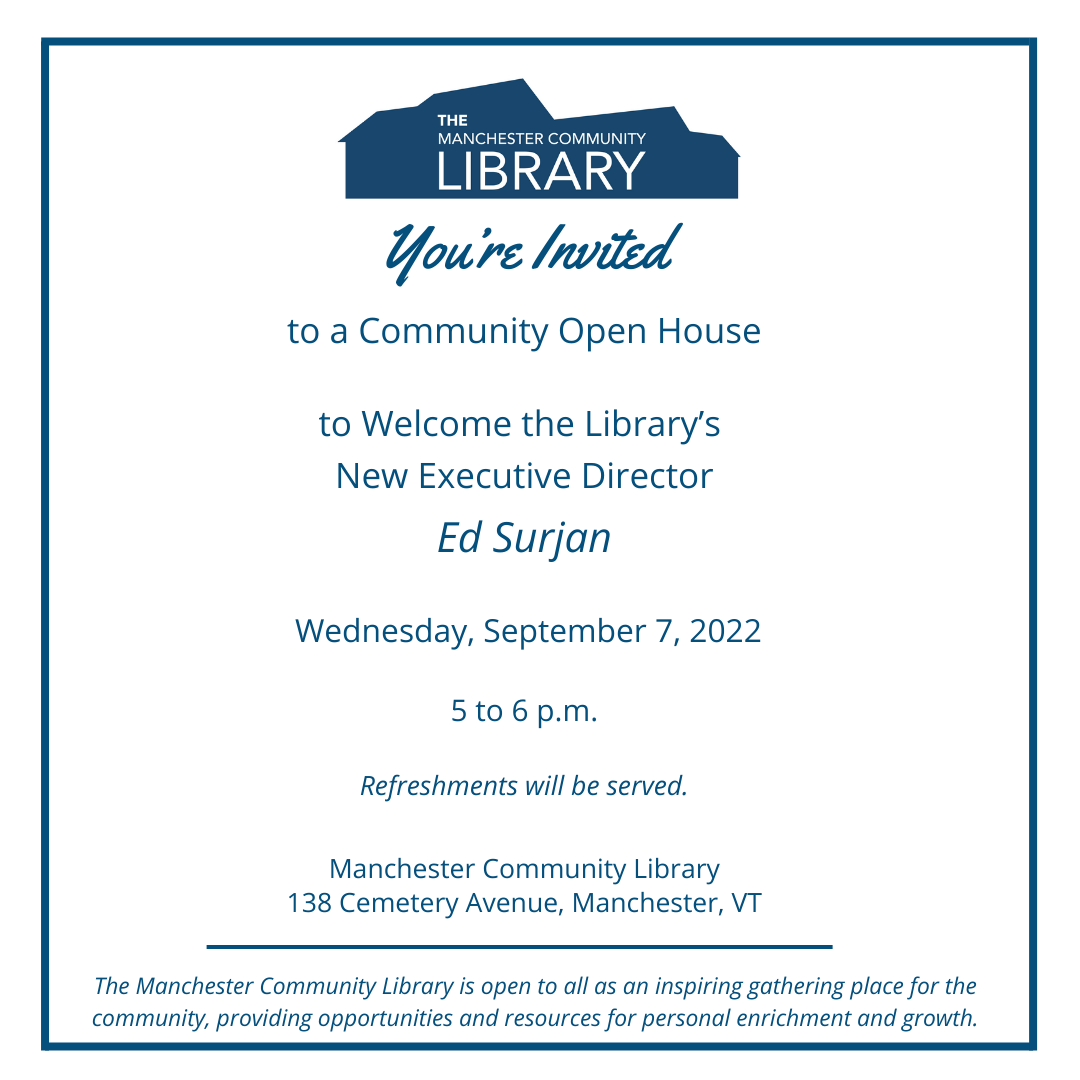 Join us at a Community Open House, Wednesday, September 7th, to welcome Ed Surjan as the new Executive Director of the Manchester Community Library. Drop by the Library between 5 – 6 to meet Ed and join trustees and staff in some light refreshments.

Ed Surjan brings a diverse set of professional experiences to the position of Executive Director of the Manchester Community Library. After graduating from the University of Chicago, Ed entered the technology field, becoming President and COO of Crystaloid Technologies in Hudson, Ohio. He and his wife BJ moved to New England in 2000 and began their own antiques business in western Massachusetts. During this time, Ed began volunteering for the Sheffield, Massachusetts, public library, where he was urged by his mentor there to become a librarian. He first worked in the school world at the Berkshire School in Sheffield before pursuing a Master’s in Library and Information Science at Syracuse University, receiving his degree in 2016. Ed comes to MCL from his most recent position as Educational Technology and Library Director at The Frederick Gunn School, Washington, CT, where he envisioned and transformed a highly traditional library into a progressive learning commons featuring new services and programs. Ed is excited to join and lead the MCL and for “the opportunity to participate in envisioning and building its future.”

We hope to see you at the Library on September 7th.