Celebrated institutions such as the Weston Playhouse Theatre Company and the Dorset Theatre Festival are mainstays of the area’s theatrical landscape and are joined this year by a new musical from Arlington’s Joshua Sherman Productions and THE MILL— being performed at Southern Vermont Arts Center’s Arkell Pavilion —augmenting the region’s already vibrant arts agenda.

Eager to soak in some stellar stagecraft during your stay in #MVT? Read on to discover the best shows sweeping stages across the Northshire this summer.

Mounting four productions each summer, the Festival aims to engage audiences with a universal question: what makes us human? This summer a number of honest and entertaining productions grapple with that query, beginning with the critically acclaimed Cry it Out— which made its East Coast premiere at the playhouse this June . Described by Broadway World as “a feat of carefully crafted character study,” the heartfelt tale of new motherhood has set a powerful tone for Dorset’s summer season.

Dominique Morisseau’s Skeleton Crew promises to continue that momentum, gracing Dorset’s stage from July 19 to August 4. As the third play in Morisseau’s Detroit trilogy, Skeleton Crew explores the blurry balance between blue and white-collar existence through the experiences of a working-class family facing foreclosure.

The classics will also have their time in the spotlight, with Kate Hamill’s spirited adaptation of Pride and Prejudice bringing Jane Austen’s epochal tale of decorum and desire to life on the Playhouse stage from August 9 to August 25.

Rounding out the season is Tony nominee and Emmy Award winner Jayne Atkinson (you may recognize her from House of Cards or Madam Secretary) starring in Holland Taylor’s Ann—inspired by the life of Texas Governor Ann Richardson—from August 29 to September 1. Throughout the season, the Dorset Theatre Festival will also continue its legacy as an incubator of new talent through its Pipeline Series with four one-night-only productions throughout the season.

With pre-theatre dining, post-show Cabaret, and special events throughout the year, the Weston Playhouse began its Main Stage Series on June 21 with the Pulitzer-Prize winner Our Town. Having first premiered in Weston in 1973, the late Sam Lloyd Sr.’s pivotal role in the production is currently performed by his brother, Christopher Lloyd (known to many of us as Back to the Future’s Doc Brown).

A family-friendly production of L.M. Montgomery’s Anne of Green Gables is simultaneously highlighting Weston’s Young Company of undergraduate students until June 30, and the literary reverie continues on July 5 with the hit musical Fun Home — based on the graphic memoir by Vermont author and cartoonist Alison Bechdel. 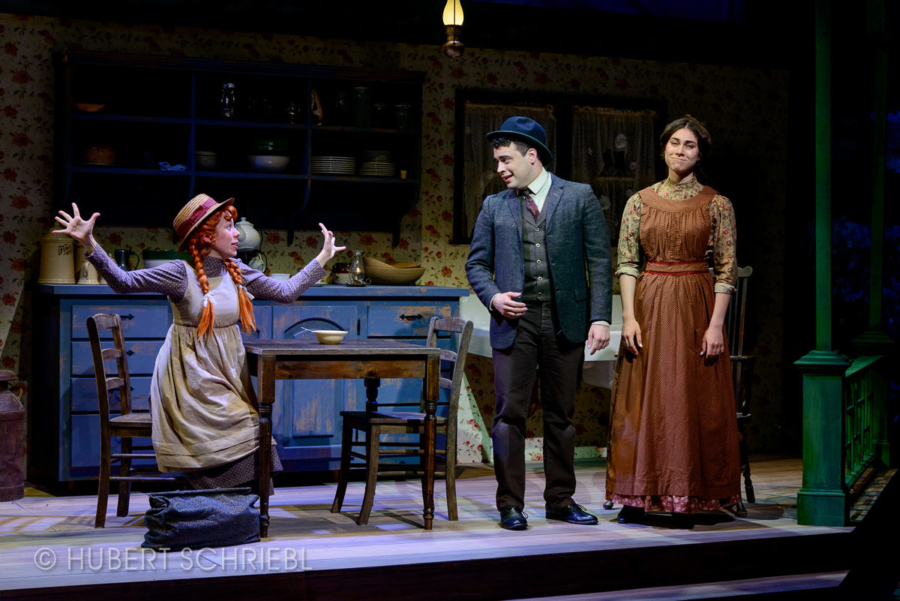 The enchanting choreography of West Side Story will be then recreated on Weston’s Main Stage beginning on July 12, followed by four weeks of rock-and-roll nostalgia in the form of Million Dollar Quartet. Recreating the star-studded jam session that took place between Elvis, Johnny Cash, Carl Perkins, and Jerry Lee Lewis at Memphis’ Sun Records, that energetic performance will feature hits like “Blue Suede Shoes” and “Walk the Line.”

The Vermont premiere of A Doll’s House Part 2, the hit Broadway comedy nominated for eight Tony Awards, will be the next to sweep the stage at Walker Farm on August 2. Extending into Vermont’s stunning foliage season, August Wilson’s Two Trains Running—Weston’s fourth annual American Masters Production—will continue the playwright’s ten-part chronicle of the African-American experience between September 27 and October 21.

Joshua Sherman Productions and THE MILL
The arts landscape is always growing in MVT, and Joshua Sherman Production’s Perfect Picture expertly illustrates that growth. The production will headline the first annual 4 Freedoms Festival, which celebrates Arlington Artist Norman Rockwell’s iconic series of paintings— depicting Freedom of Speech, Freedom of Worship, Freedom from Want, and Freedom from Fear— and the importance of these essential human rights in 2018.

Norman Rockwell with his Four Freedoms paintings. Courtesy of The Rockwell Family Agency

With such a star studded itinerary waiting to enrich your summer, there’s only one question left—which way to the box office?

Up Your Game: Green Mountain Golf

A Sunday Drive for Any Day...

If you’re looking for a wonderful day trip, we’ve mapped out a charming day drive that winds you through some of Manchester's most sceni...

The music found around Manchester provides a diverse selection so regardless of your preferred style, listen closely, and you will hear your...

Southern Vermont offers a multitude of backdrops, venues and styles to fulfill whatever vision you may have for your idealistic wedding.