Halloween is creeping up, and in Manchester, Vermont there’s no lack of haunted history to satisfy your superstitions. Once the leaves have fallen and the branches lay bare, even a simple drive along the Northshire’s back roads can serve to spook you (and be sure to keep an eye out for the countless hidden cemeteries tucked away in towns such as Danby, Dorset, and Peru, some dating back centuries). If you’re really looking for some paranormal activity, however, local folklore reveals a few historic hotspots that have attracted ghost hunters for years.

Are you brave enough to take them on? 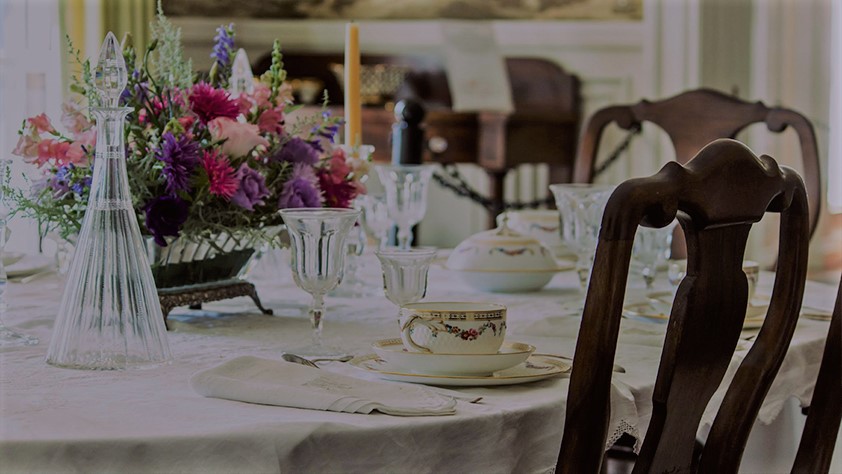 Mary Todd Lincoln spent several summers in Manchester and although she planned to return in 1865, those plans were cut short when her husband, President Abraham Lincoln, was assassinated. Mary and Abraham’s son, Robert Todd Lincoln, would later return to build his estate just down the road from Manchester Village, preserved today as Hildene: The Lincoln Family Home. Hauntings have been reported at Hildene, in the form of Mary Todd Lincoln.

Manchester’s more concretized history is not without a hint of the supernatural, highlighted in the tale of the Demon Vampire recorded by Judge John S. Pettibone in his 1860 History of Manchester.

The tale begins with the young Rachel Harris, described by Pettibone as “a fine, healthy, beautiful girl” who wed Captain Isaac Burton (a deacon of Manchester’s Congregational Church) in 1789. Less than a year later, the young bride had died of consumption following months of declining health. Burton remarried in 1791, this time to a young woman named Hulda Powell, who was also said to be healthy and handsome upon their marriage. Once again, Burton’s wife began to show signs of consumption just months after their wedding.

This time the captain’s community became possessed with rumors and theories to explain the poor health that Powell encountered. The most prominent among them proposed that Harris had returned from beyond the grave to feast on the blood of her husband’s new wife, whose health continued to decline. And if Harris’s vitals were consumed by the ailing Powell, the townspeople believed, her life would be saved.

Thus, the body of Rachel Harris was exhumed three years after her death in a ceremony that was reportedly attended by up to a thousand people. The late bride’s liver, heart, and lungs (or what remained of them) were then burned within the forge of the local blacksmith, Jacob Mead, in a sacrifice to the Demon Vampire of Manchester. According to Pettibone, “it was the month of February and good sleighing.” The ashes were then blessed and administered to Powell in an effort to exorcize the demonic disease that gripped her, although the remedy proved (maybe unsurprisingly) ineffective. In 1793, Powell also passed away from tuberculosis.

Although Dellwood Cemetery did not exist at the time, local folklore speculates that the young Rachel Harris was buried—and later exhumed—in that very same plot of land. Judge Pettibone, however, is known to be buried in Dellwood Cemetery alongside hundreds of other historic figures. Even without a sighting of the Demon Vampire of Manchester, the hauntingly beautiful grounds of Dellwood Cemetery are not to be missed. 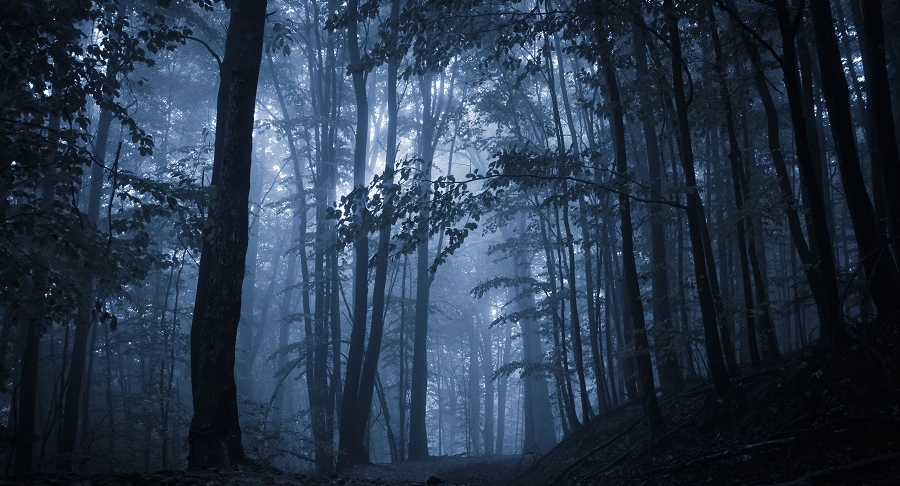 Legends surrounding the nearby Glastenbury Mountain date back centuries, with Native American lore describing the desolate peak as cursed and ongoing reports of disappearing figures, disembodied voices, and mysterious plane crashes. Recently, the area has become known as the “Bennington Triangle” due to the multiple disappearances that have occurred on the mountain.

The string of missing persons began in 1945 with Middie Rivers, an experienced hunting guide who had spent much of his 74 years navigating Glastenbury. On November 12, Rivers was guiding four hunters up the mountain when he was separated from the group. Although an extensive search was conducted for the missing man, neither Rivers—nor his body—was ever found.

One year later, Bennington College student Paula Welden left her dorm on December 1 for a hike on the Long Trail. Many observed the young woman walking toward Glastenbury Mountain, which both the Long Trail and Appalachian Trail traverse. Beyond those final glimpses, however, Welden would never be seen again. Following her disappearance Welden’s father coordinated a massive search effort, one that would lead to the creation of the Vermont State Police in 1947. Although some theorize that Welden ran away, or even met her fate at the hands of her own father, the case of Paula Welden remains unsolved.

Along the same stretch of highway that Paula Welden was last seen on, bloodhounds tracked the scent of 8-year-old Paul Jepson to no avail in 1950. On October 12, the young boy had disappeared when his mother left to feed their livestock. According to Jepson’s father, the child had described a strong an inexplicable pull toward Glastenbury Mountain in the days preceding his disappearance. Still, no trace of Jepson has ever been found beyond that final stretch of highway.

The final disappearance took place just 16 days later, when 53-year-old Frieda Langer left her campsite on the Somerset Reservoir for a hike. Along the way Langer slipped into a stream and promised her companion that she would return after changing her clothes. When she never did return to the stream or the camp, a fifth search effort on Glastenbury was commenced—utilizing helicopters alongside hundreds of volunteers. Langer’s body was found the following spring near the reservoir, although the area had been carefully searched to no avail following her disappearance. Due to decomposition, no cause of death was ever determined.

While some attribute these five disappearances to a catamount or even a serial killer lurking on Glastenbury Mountain, no conclusive evidence exists for any of the cases. Eerie similarities between them continue to raise questions though, as most were last seen in the late afternoon in the final months of the year.

Today, unexplainable phenomenon continues to be reported on Glastenbury Mountain and the structures that occupy it, including the Long Trail’s Goddard Shelter and the Glastenbury Fire Tower. The most popular destination, however, remains the Glastenbury ghost town on the side of the mountain. Unincorporated by the state of Vermont in 1937, the town once enjoyed a thriving logging and industrial industry prior to its decline. While many of the town’s structures have decayed, numerous foundations and other artifacts can still be found on Glastenbury Mountain.

If you’re not a fan of the supernatural, don’t fear. Although there’s plenty of hauntingly good fun to be found in MVT, many also enjoy the Halloween celebrations that seem to sweep every business in town. Bring the kids for “Halloween on the Hill” at the Southern Vermont Arts Center, or if you’re feeling brave, take on MVT’s most haunted history this October.

Autumn is In The Air: MVT Must-Dos

Ring in the New Year

The heat of summer is behind us and the sun is setting earlier each night but there is still plenty of sunshine for you to get outside and s...

However you choose to celebrate, Manchester is brimming with restaurants and specialty food shops perfect for the Thanksgiving holiday.

Autumn is short and sweet. Savoring this time of year becomes infinitely more achievable with a solid plan. Our autumn to-do list will get y...