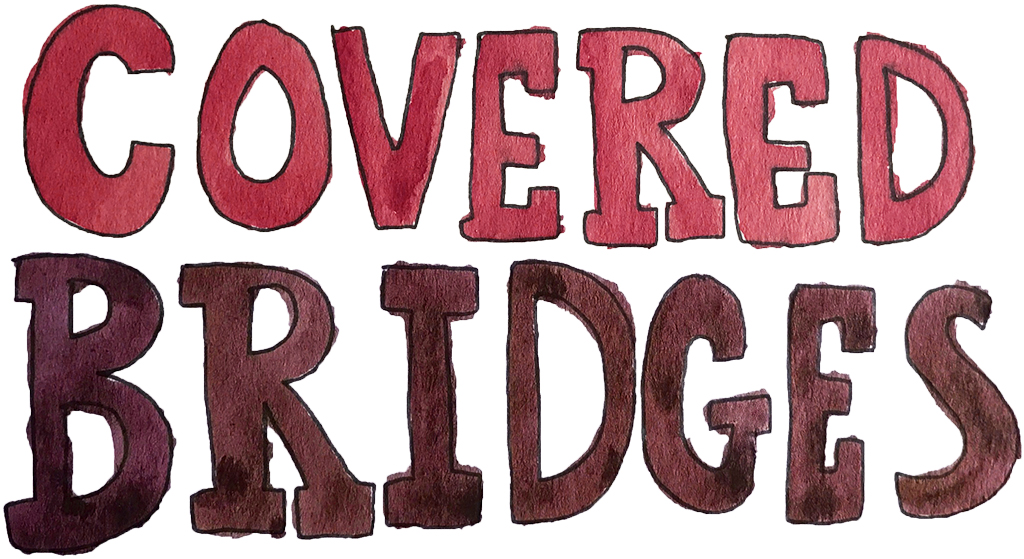 Few historic landmarks can conjure a finer kind of nostalgia than covered bridges on country roads. With their quirky character and timeless appeal, they’ve been written about, photographed, and painted by the score. 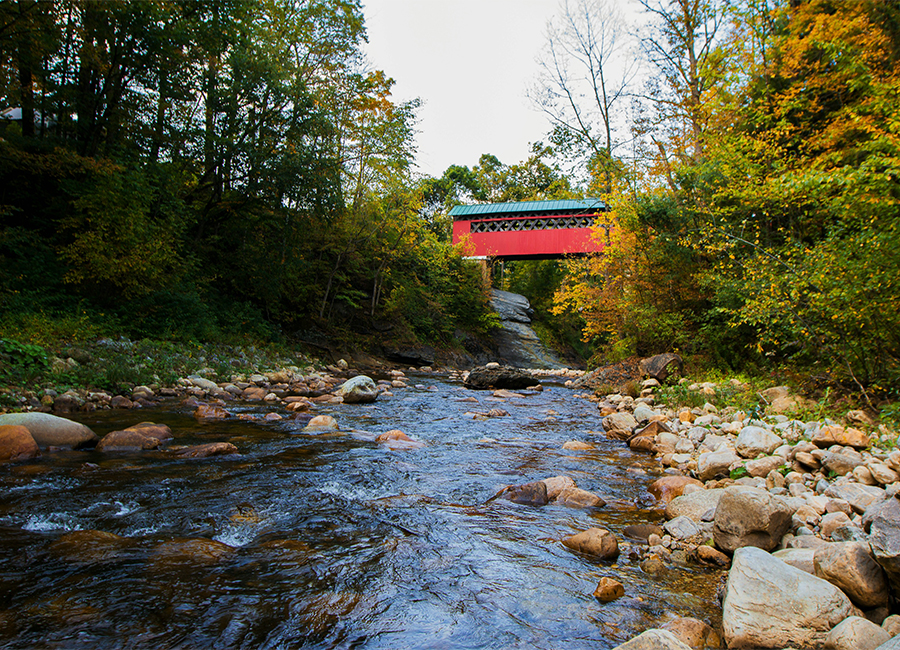 Vermont is home to more than 100, with five in our county alone. Each is a registered landmark and all are in active use. Three are rebuilt to original specs and two have survived through the years. Sometimes you’ll hear them called “kissing bridges” because lovers lingered while passing through. Whether you track them down by car or canoe, you’ll find every bridge a charmer and a little romantic, too.

This is one you “happen upon,” tucked down a dip and around a bend where it spans the Roaring Branch in Sunderland. Constructed in 1870, it’s called Chiselville or “High Bridge,” for surviving a major flood. Most notably though is the proposition of a dollar fine for driving too fast across it.

In North Bennington, there’s a trio of bridges together not far from Bennington College. The Henry Bridge was built in 1835 and named for local politician William Henry who owned the acreage nearby. The clapboard home (today’s Henry House Inn) dates to 1769; one of Vermont’s oldest surviving structures. The pretty Paper Mill Bridge was reconstructed in 2000 to replace the 1889 original. Built by Charles Sears, it spans 125 feet across the Walloomsac and is the longest in the county. Because the siding doesn’t rise full height, you can peek through the truss breaks for perspective. Nearby, the Silk (or Locust Grove) Bridge dates to 1840, likely built by Sears’ father Benjamin. 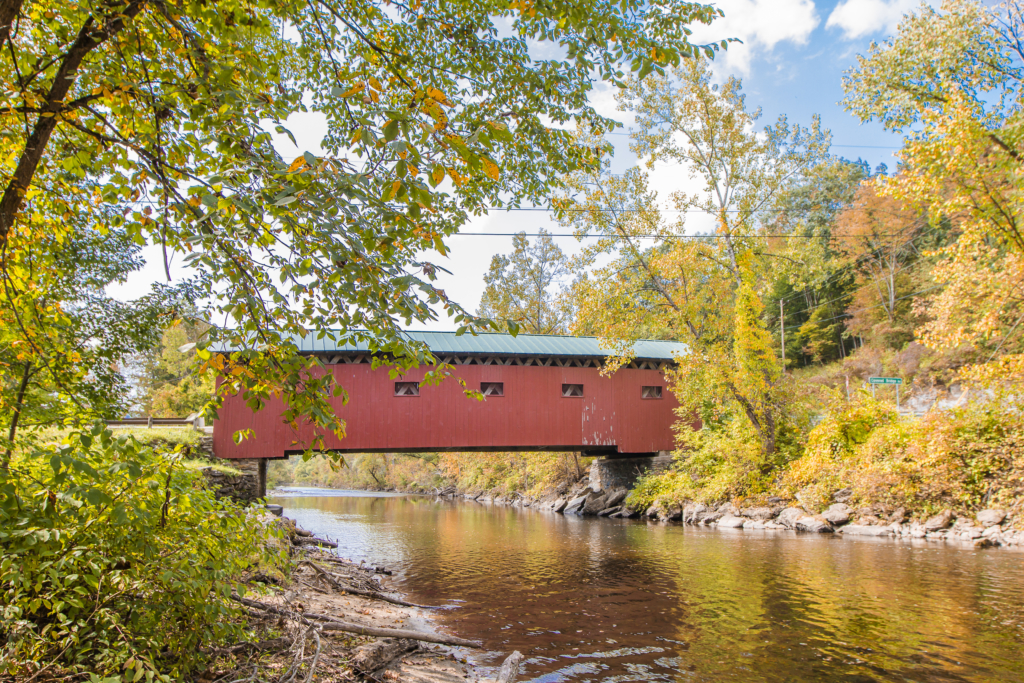 The West Arlington bridge is Vermont’s most photographed and painted of all. First constructed in 1852, it spans the famous Batten Kill two miles from the New York border. A picturesque scene, it’s popular with artists and anglers alike. You can park by the church, admire the bridge, and the home of painter Norman Rockwell (today’s Inn on the Covered Bridge Green.) Rockwell lived in the house for a decade, through the rancor of World War II. At his studio on the property, he painted his iconic “Four Freedoms” which include “Town Meeting” and the memorable “Thanksgiving Feast.” I read somewhere that he didn’t paint landscapes but just enjoyed walking them. It’s easy to imagine him with his pipe and his dog, pacing the meadows for inspiration. 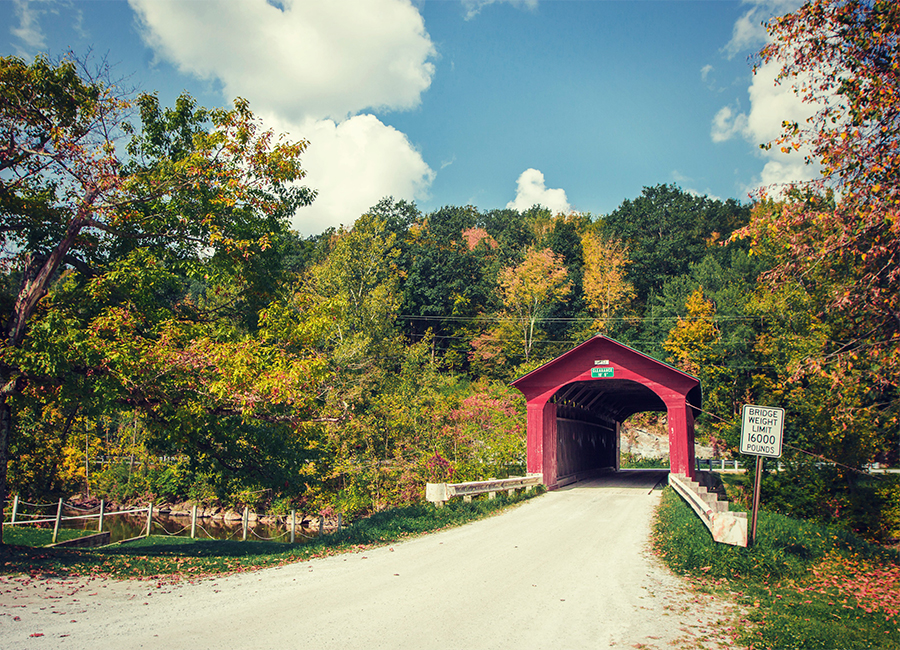 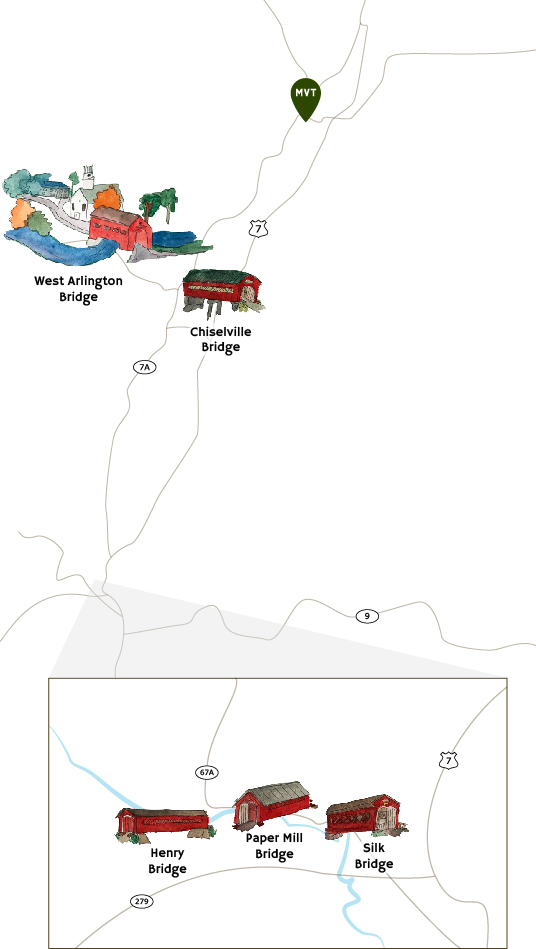 From the roundabout follow Route 7A south through Arlington and Shaftsbury to Route 67 East. Follow 67 to River Road on the right.

From Paper Mill Bridge, take Murphy Road northeast to 67A and turn right. Proceed 1.5 mile to Silk Road on the right, just across from the entrance to Bennington College.

To visit the Bennington Bridges, our recommended route: Head down Route 7A, stop at Clear Brook Farms for produce and hit the Chocolate Barn for the MOST delicious ice cream. Watch for Route 67 across from Paulin’s and turn right by the old stone mill. On 67, you’ll pass Kevin’s Sports Pub & Restaurant, a local favorite for burgers and brews.

From Manchester, follow Route 7A south to the town of Arlington. Turn right on Route 313 West, just across from the Arlington Inn. Travel 4.4 miles down the road to the Bridge on the green.

On your way back, follow River Road for a pleasant meander along the river. Return to Rt 313 by Pickering’s Bridge and stop at our favorite family farm stand or follow out past the West Mountain Inn. 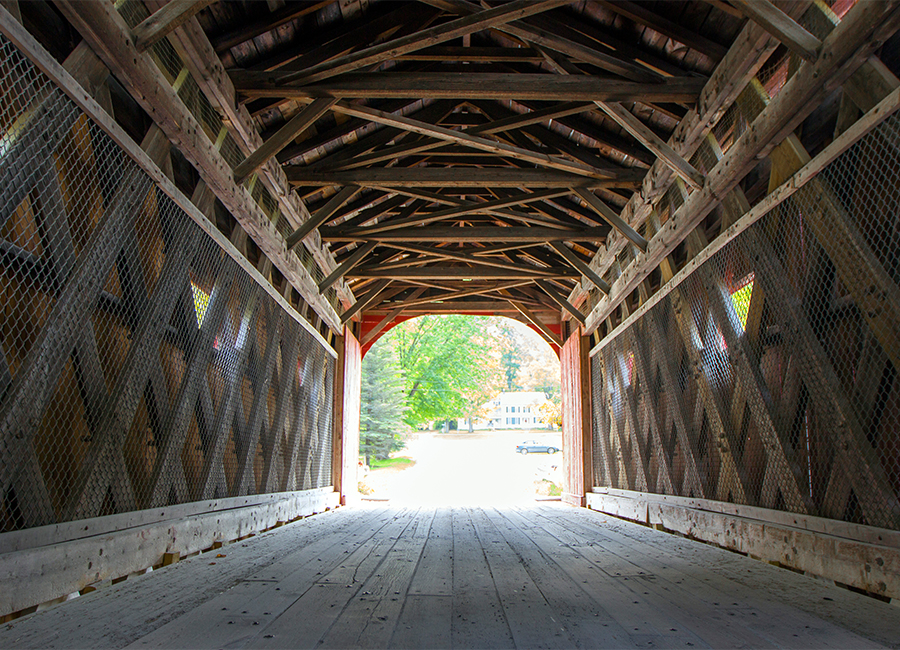 Autumn’s crisp air and colorful tree line help to make Manchester, Vermont a top destination during this time of the year. Don't miss out!

That transitional time of the year when the Green and Taconic Mountains provide visitors and locals alike with incredible colors, enhancing ...

The heat of summer is behind us and the sun is setting earlier each night but there is still plenty of sunshine for you to get outside and s...