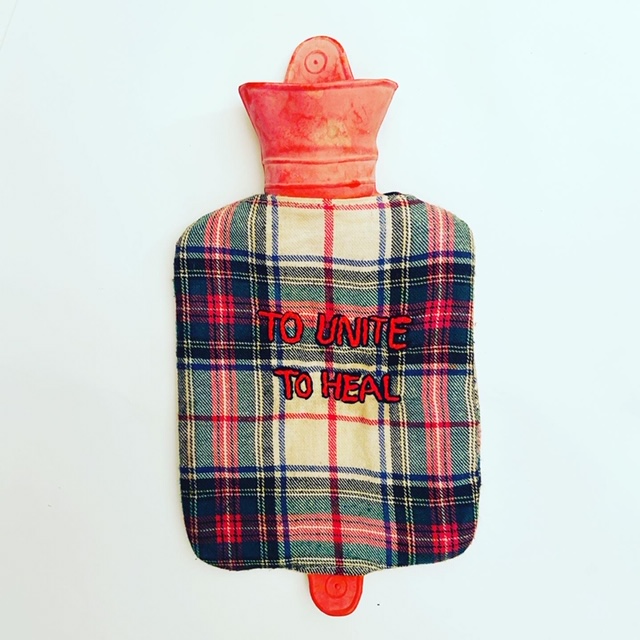 “Desperate times, creative measures. Contributors from around the world are stitching Donald Trump’s words into textiles, creating the material record of his presidency and of the movement against it. Tiny Pricks Project holds a creative space in a tumultuous political climate. The collection counterbalances the impermanence of Twitter and other social media, and Trump’s statements as president through the use of textiles that embody warmth, craft, permanence, civility, and a shared history. The daintiness and integrity of each piece stand in stark contrast to his presidency.”

Diana Weymar is an artist and activist who grew up in the wilderness of Northern British Columbia, studied creative writing at Princeton University, and worked in film in New York City. Learn more about Diana and her work, and see pieces by tens of thousands of contributors, at tinypricksproject.com

This workshop marks the opening of SVAC’s winter show, “Unmasked.” Pieces from The Tiny Pricks Project–including those by local artist and teacher Susan White–will be on view in Yester House at SVAC beginning January 16.