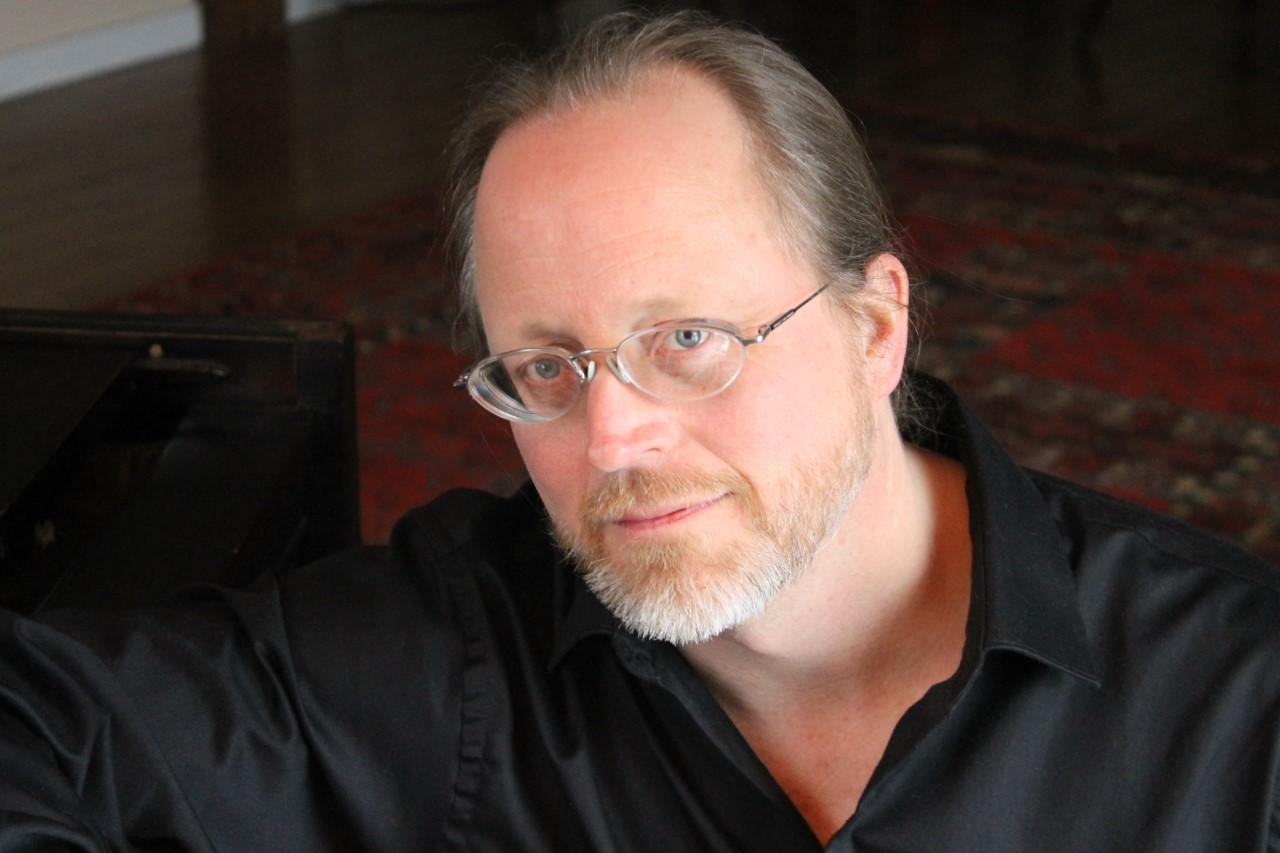 Bennington, VT — On Sunday, November 13, at 4:00 p.m. Sage City Symphony will present a Fall Concert at Greenwall Auditorium in the VAPA Building at Bennington College. Admission is free and open to all.

The program will feature “Fantasia for Piano and Orchestra,” by Geoffrey Gee, commissioned by Sage City Symphony, with the composer on piano; “Symphonie Mathis der Maler” (Mathias the Painter), by Paul Hindemith; and Andante moderato – Allegretto, from “String Quartet in G Major,” by Florence Price.

Covid Protocols: All current and evolving guidelines issued by the CDC, the State of Vermont, and Bennington College will be followed. Face masks and social distancing will be required (“pod” seating will be permitted), and proof of vaccination and ID will be requested at the door. In the event of a resurgence of Covid infection rates, postponement or cancellation of this concert will be posted on the Symphony’s website at www.SageCitySymphony.org.

Geoffrey Gee begins every musical composition at the piano, opening to the moment and playing what he hears. His aim is to create musical and sonic structures that draw the listener into a place of infinite possibility. Trained in classical piano at Indiana University and in contemporary music at Berklee College of Music, Gee composes across genres – solo piano, musical theater, film scores, and dance accompaniment – as well as for chamber ensembles and orchestra.

Gee’s five albums of original music, including the acclaimed “I’ll Be There With You,” feature the type of structured improvisations he has performed across the United States and in 18 countries around the world. In 2015 Gee made his Carnegie Hall debut with a solo piano concert at Weill Recital Hall.

Currently based in Hebron, NY, Gee lives on a 95-acre homestead with LaMothe, where they have raised their five children, milk a family cow, grow much of their own food, and prepare for regular performances in the area as the LaMothe/Gee Family. Gee serves as Upper School Music Director at Long Trail School in Dorset, VT, where he enjoys sharing his knowledge of music and helping young musicians realize their potential as creative artists.

About “Fantasia for Piano and Orchestra”

Geoffrey Gee’s vision for “Fantasia for Piano and Orchestra” was to create sonic and musical structures in which the capabilities of the piano multiply the range and power of the orchestra, and in which the orchestra multiplies the capabilities of the piano. He developed ideas and themes that came to him while improvising, distributing the threads of each section among instruments and setting up moments of fireworks for the piano. His aim is to draw listeners into a place of infinite possibility.

The piano begins alone with dark sonic explosions. Woodwind soloists respond with melodies that invite dialog. The orchestra soon assembles and produces a jaunty tarantella, which the piano accompanies. The piano takes a turn leading the tarantella with a new theme and leads the orchestra through several episodes of increasing intensity until the ensemble is released into a dreamy atmosphere where everybody can play. After a brief interruption and silence, the piano and the orchestra explode together in a cascading series of minor chords and settle with a final resolution to C major. The piano continues to contemplate the preceding with a solo cadenza, followed by an orchestral coda in which motifs from the opening return in a new, enlightened context. It is a story of transformation through the exploration of desire and beauty.

Having served as principal cellist during Sage City Symphony’s early years in the 1970s, and later as a commissioned composer and cello soloist, music director Michael Finckel continues the unique traditions and musical standards of the orchestra’s co-founder, Louis Calabro.

A native of Bennington, Vermont, Finckel’s formative studies were with his parents, both prominent musicians well known throughout the state. He later attended Oberlin College Conservatory of Music and Bennington College, where he studied composition, conducting, and orchestration with Louis Calabro and Henry Brant. He has taught cello and composition at Bennington and Marymount Colleges, and at Princeton and Cornell Universities. As a member of the faculty of the Vermont Governor’s Institute on the Arts, he taught gifted junior and senior high school students from around the state. Currently living in New York City, Finckel is engaged in an active multiple career as soloist, chamber musician, composer, teacher, and conductor. As a cellist he has performed with orchestral and chamber ensembles in venues from coast to coast and across Europe. He performs and coaches each summer at the Composers Conference and Chamber Music Center in Wellesley, Massachusetts, and the Chamber Music Conference and Composers Forum of the East at Bennington College.

Co-founded in 1972 by composer Louis Calabro and Christine Graham as a community and college orchestra with close ties to Bennington College, Sage City Symphony gave its first concert in 1973. At the time, it was one of only a handful of orchestras in the country to commission and premiere new works. Today the Symphony performs the traditional classical repertoire as well as contemporary music, commissioning and premiering new pieces each season, with the mission of presenting programs that are beyond the usual ambition of community orchestras and that offer a challenging playing opportunity to local musicians. The Symphony attracts a high caliber of dedicated amateur and professional players who travel from throughout Vermont, New York, and Massachusetts for weekly rehearsals during the concert season. Auditions are not required, and academic credit is available for Bennington College students who participate. Information about joining the symphony, as well as Covid protocols observed at rehearsals and concerts, is available at www.SageCitySymphony.org.