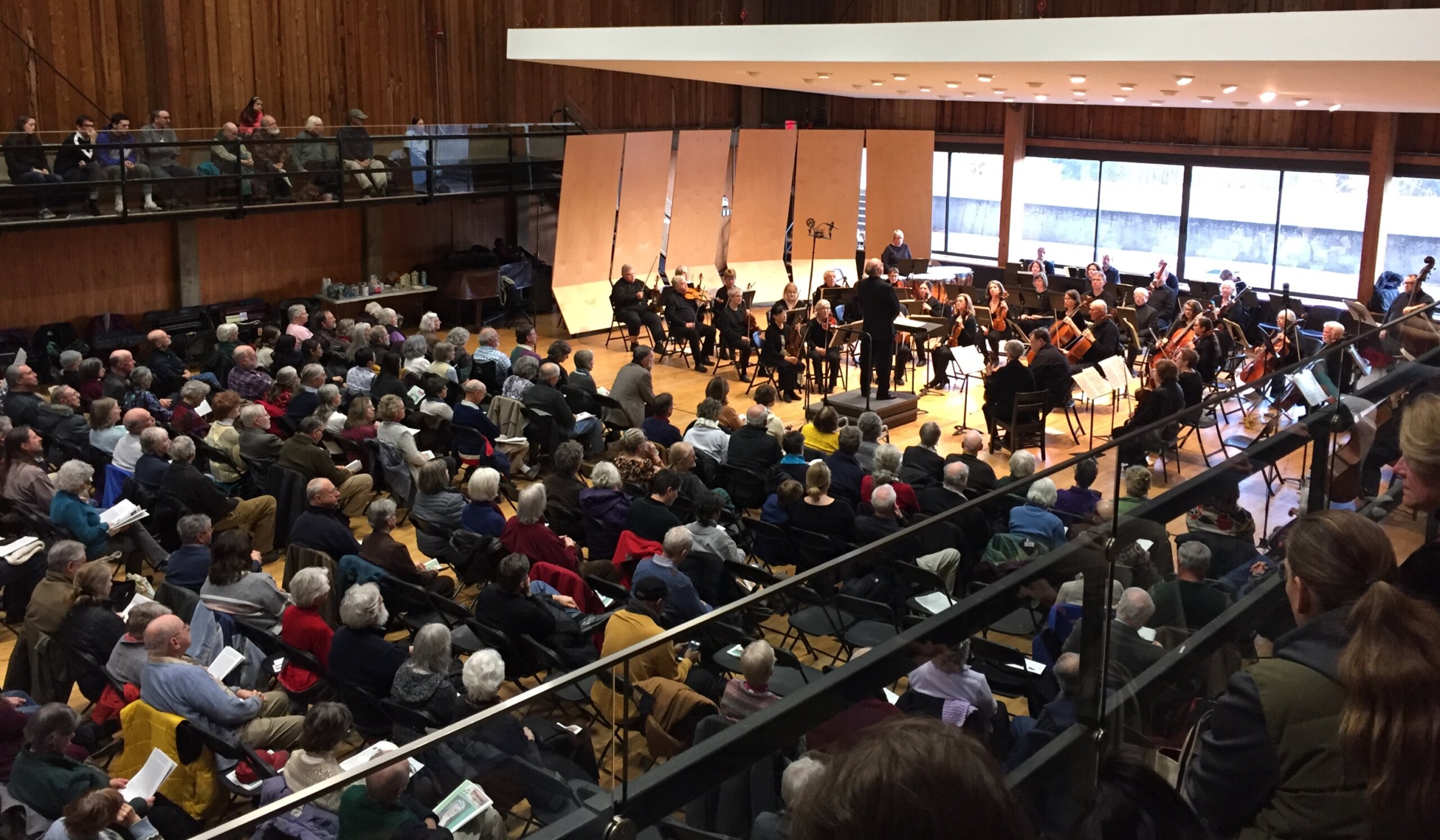 On Sunday, October 23, from 11:30 a.m. to 1:30 p.m., Sage City Symphony will host a celebratory brunch at the Park-McCullough House Carriage Barn, North Bennington, in honor of these significant milestones. The brunch (buffet open 12-1) will be catered by Pangaea, with a cash bar (cash only, at the request of the caterer) and will feature live music by Sage City Symphony musicians. Admission is $45 per person (to cover costs; this event is not a fund-raiser). Reservations requested by October 9 or ASAP by email to SageCity802@gmail.com or by phone/text to (802) 733-3382. Cash or credit card payment accepted at the door.

In the event of a resurgence of Covid infection rates, postponement or cancellation of this event will be posted on the Symphony’s website at www.SageCitySymphony.org.

Having served as principal cellist during Sage City Symphony’s early years in the 1970s, and later as a commissioned composer and cello soloist, music director Michael Finckel continues the unique traditions and musical standards of the orchestra’s co-founder, Louis Calabro.

A native of Bennington, Vermont, Finckel’s formative studies were with his parents, both prominent musicians well known throughout the state. He later attended Oberlin College Conservatory of Music and Bennington College, where he studied composition, conducting, and orchestration with Louis Calabro and Henry Brant. He has taught cello and composition at Bennington and Marymount Colleges, and at Princeton and Cornell Universities. As a member of the faculty of the Vermont Governor’s Institute on the Arts, he taught gifted junior and senior high school students from around the state. Currently living in New York City, Finckel is engaged in an active multiple career as soloist, chamber musician, composer, teacher, and conductor. As a cellist he has performed with orchestral and chamber ensembles in venues from coast to coast and across Europe. He performs and coaches each summer at the Composers Conference and Chamber Music Center in Wellesley, Massachusetts, and the Chamber Music Conference and Composers Forum of the East at Bennington College.

Cofounded in 1972 by composer Louis Calabro and Christine Graham as a community and college orchestra with close ties to Bennington College, Sage City Symphony gave its first concert in 1973. At the time, it was one of only a handful of orchestras in the country to commission and premiere new works. Today the Symphony performs the traditional classical repertoire as well as contemporary music, commissioning and premiering new pieces each season, with the mission of presenting programs that are beyond the usual ambition of community orchestras and that offer a challenging playing opportunity to local musicians. The Symphony attracts a high caliber of dedicated amateur and professional players who travel from throughout Vermont, New York, and Massachusetts for weekly rehearsals during the concert season. Auditions are not required, and academic credit is available for Bennington College students who participate. Information about joining the symphony, as well as Covid protocols observed at rehearsals and concerts, is available at www.SageCitySymphony.org.