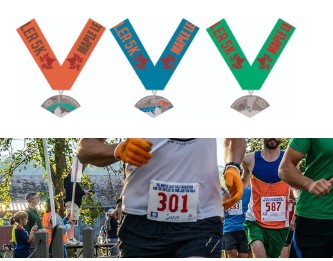 The Maple Leaf Half Marathon is once again a fixture on the late summer calendar in Manchester! Beginning in the late 1970s, the Maple Leaf had grown in stature and appeal, attracting world-class athletes and crowds of over 1,300 runners. The brainchild of local restaurateur, Guy Thomas (Zoey’s), who passed away on December 30, 2017 , the Maple Leaf was nationally famous, being seen as a tune-up for the New York City Marathon. In time, the race was organized by a number of other individuals and groups, and continues to grow.

It all begins at the Manchester Parks and Recreation Center at Dana Thompson Park and snakes its way along backcountry roads, over to route 7 and then back to the Recreation Center for the finish at a certified 13.1 miles. At the same time, there will be a 5-Kilometer run/walk for runners/walkers who aren’t up to the challenge of a half marathon. All proceeds from the race will be donated to deserving organizations within the Manchester community.