“Laugh in Piece” Tour at SVAC 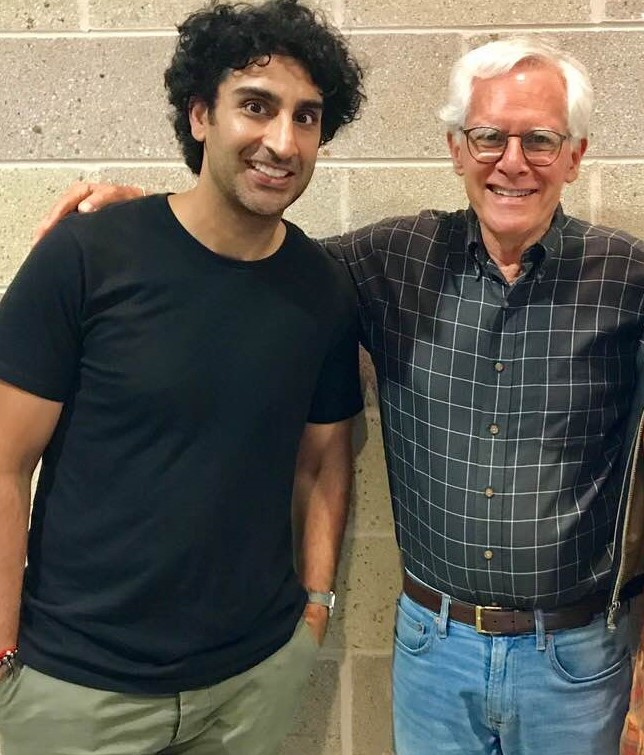 he New York Times declared “they had the audience convulsing.” That’s just what to expect when Muslim comedian Gibran Saleem and Rabbi Bob Alper bring their internationally-acclaimed Laugh In Peace Tour to the Southern Vermont Arts Center’s Arkell Pavilion.

Gibran Saleem was born in North Carolina and grew up in a Pakistani Muslim household. He started comedy while attending graduate school at New York University for Psychology, completing a Master’s thesis on extroversion.

Gibran is one of the only comedians to ever be selected as a finalist for both the Stand-Up NBC and NBC Late Night program. He’s been featured on MTV, TV Land, PBS, VOA, Huffington Post, and Cosmopolitan, and has performed on shows with comedians such as Sarah Silverman, Jerry Seinfeld, Kevin Hart. Based in New York, Gibran is a regular performer at clubs around the city, including the legendary Comedy Cellar.

Bob Alper is the world’s only practicing clergyman doing stand-up comedy… intentionally. He was ordained as a rabbi in 1972 and served large synagogues for 14 years during which time he also earned a doctoral degree from The Princeton Theological Seminary. Then stand-up comedy reared its ugly head.

Bob’s fresh, contemporary, and totally “unorthodox” style has been delighting audiences for over 35 years, from Hollywood’s IMPROV to The Montreal Comedy Festival. And his unique brand of intelligent, 100% clean humor appeals to people of all faiths. Bob’s a special favorite on the clean comedy channel of Sirius/XM radio, and he’s appeared on Showtime, CNN, and Good Morning America. Bob and his wife Sherri have resided in East Dorset for 32 years. He often practices his new material with people he encounters in the cereal aisle of Shaw’s.