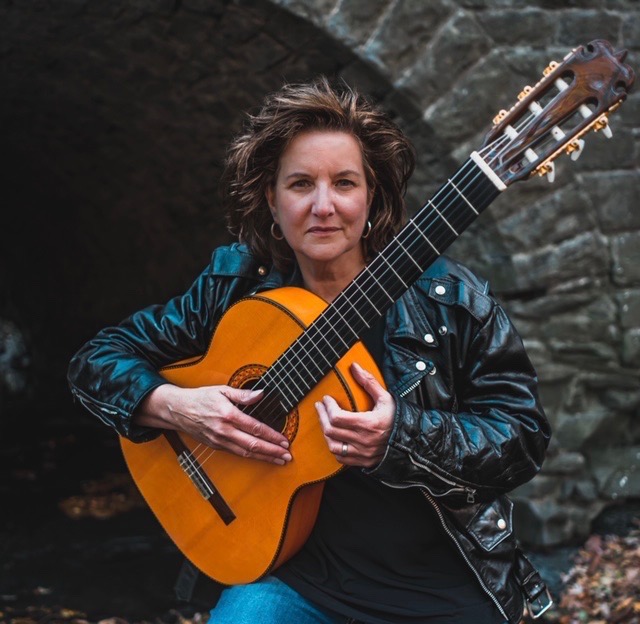 Bennington Performing Arts Center celebrates June with more music! Maria Zemantauski brings her unique style of flamenco guitar to BPAC’s stage for two evenings. “I’m so excited to bring Maria to Bennington,” says Jennifer Jasper, executive director, “I saw her years ago at a music festival in Michigan and still play her music while writing. Imagine my surprise when I found out she was in Saratoga, NY. I knew I wanted to get her on our stage!”

MARIA ZEMANTAUSKI is a nylon-string guitarist and composer whose style is most significantly influenced by the Spanish classical and flamenco repertoire. She has performed in Spain, Italy and across the continental United States to great acclaim. Her albums, Mrs. Laughinghouse (1997), Seeing Red (2000), Under the Lemon Tree (2005), Petty Feet & Mistletoe (2010) and the self-titled, Maria Zemantauski (2018) have received stellar reviews from music critics around the world.

Maria’s programs are a dynamic blend of artistic freedom, innovation and tradition. This is not surprising considering that as a child, she resisted guitar lessons, telling her encouraging parents that she wanted to “discover the instrument on her own without being told what to do.” As one reviewer wrote, “Zemantauski has continually pushed the boundaries of the possible with her trusty 6-string, blending genres that have little or no business appearing on the same bill, much less in the same song. It’s rarely less than electrifying to watch her do it.” She believes that the expressive possibilities of the guitar are limitless and pursues her music with passion, confidence and grace.
Reservations required due to seating limitations.