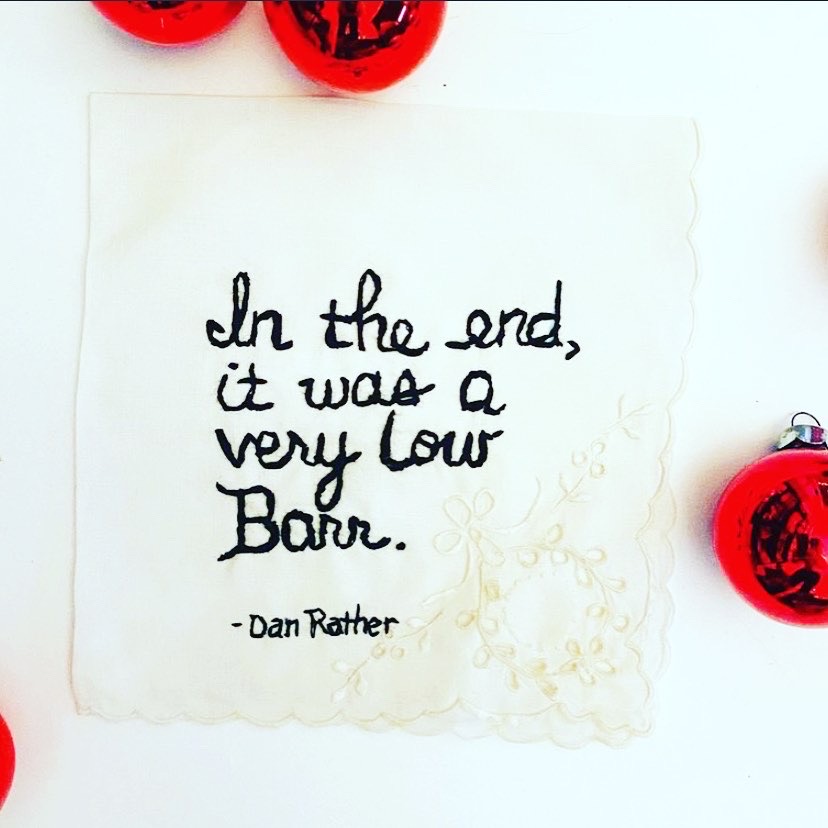 Behind The Mask: Meet The Creators Of Shelter In Place Gallery And Tiny Pricks Project–ONLINE January 19 @ 7:00pm-8:00pm Southern Vermont Art Center via Zoom $5 – $10

Join SVAC Executive Director Anne Corso for a Zoom-based conversation with three of the people behind SVAC’s winter exhibition, Unmasked.

Let these panelists brighten your week with their creativity, humor and humanity. Artist and activist Diana Weymar has inspired thousands of needle-pointers to join her in stitching what she calls “the material record of the Trump presidency and the movement against it.” Now featured in international media, Diana’s Tiny Pricks Project has grown from one person’s idea into a massive collective undertaking. Tiny Pricks ends when President Trump’s term ends–18 hours after this panel. Hear Diana’s reflections, on the cusp of the project’s completion.

In the spring of 2020, Eben Haines and Delaney Dameron, founders of Shelter In Place (SIP) Gallery, created a 1:12 scale exhibition space to show artists’ work. They are always open–while traditional galleries and museums are closed, studios are often hard to access, and both monetary and social resources for artists are slim. By posting images of miniature installations on social media, Delaney and Eben have brought the public little SIPs of art–intimate, profound and playful, all at once. They have received hundreds of submissions from artists in the US and beyond.