The Play’s the Thing

The Play’s The Thing.

About a decade ago, the Dorset Theatre Festival was in decline. After losing critical leadership and suffering the usual challenges that befall not for profit arts organizations, the community wondered what to do?

Cue New York actor/director, Bennington College faculty member, and arts advocate Dina Janis. Along with friend and playwright Theresa Rebeck, Janis had been hosting the LARK New Play Development Writers Retreat, with public readings on stage at the Dorset Playhouse. “The Festival was in a tough spot and going through a difficult time in its history.”

Approached by the Board and encouraged by Rebeck, Dina embraced the idea that this unique theatre with such a respected history deserved to be brought back to life and enter the regional landscape as a real contender.

“I came to see the building. I’d never been backstage. I walked through the hallways. The costume shop. The props room where clearly, for decades, someone had been meticulously caring for and collecting the pieces. It had that sawdusty feel. It was romantic and REAL.” It had a history of love and work. It was a true theatre.

So Janis gave it a go. She brought fellow Bennington Prof Michael Giannitti along and things began to roll. “It was a crash course! I got a tremendous amount of immediate support. Steve Stettler from Weston (Playhouse) called me right away and shared the nuts and bolts; the printers, the newspaper deadlines,” she laughed. To this day, the two directors continue to nurture a relationship that brings their theatres and audiences together. Last season, along with White River Junction’s Northern Stage, they produced Alan Ayckbourn’s Norman Conquests. A historic event that demonstrated their shared commitment to think big and defy expectations.

A life in theatre.

Dina grew up in Highland Park, a suburb of Chicago. “There was this really interesting woman, Eunice Joffe, who taught acting classes in a studio above her garage. I think I was in kindergarten. Years later when I went on to study I always remembered the things she taught us. Thinks like ‘there is no mistake’ and that you must, above all things, be kind, and you must imagine.”

“In high school, I was lucky to have another inspired teacher, Barbara Patterson. It was because of her, really, that a bunch of students formed Steppenwolf, the Chicago theatre company. In my early days, I was part of that group. We started out doing plays in church basements, making coffee can lights, borrowing our parent’s furniture. And everybody did everything. You stage-managed one night, acted another, then directed something else. It was a holistic idea of training which I’m really glad I had. It meant I never entered the door as an actor without knowing what the guy up in the booth was doing.”

So she went to study. With Uta Hagen and Stella Adler; and with Lee Strasberg at the Actors’ Studio. “The Actors’ Studio was a really big influence on me beyond my own conservatory training. You had people like Robert DeNiro and Annie Jackson and Ellen Burstyn and Pacino in session and they would critique your work. It was like a daily ‘I’m the cowardly lion going to visit the wizard’ kind of scenario.” Admittedly she’s chuckling now, but we think it sounds terrifying. “Paul Newman was famous for saying, ‘If you could survive working in session at the Actors’ Studio, you could survive anything. As I went along and started a family, I began to direct. Several of my closest friends were playwrights so they would ask me to direct things that they had written.” Janis came to Vermont to teach acting at Bennington College. First, part time, and then full time, and now she and her family have twenty years in.

“From the beginning, I was interested in bringing a new canon to Dorset Theatre Festival’s stage. I had a great opportunity to try a shift in programming, and wanted to add more current work; work that would resonate with a younger, broader demographic. I wanted to bring new plays; plays that might have just won the Tony on Broadway, or were Pulitzer Prize winners the year before. I wanted to develop new work, and bring about a current dialogue.”

She was also interested in renovating the theatre to be an intentionally inclusive, open experience. “I was really inspired by Joe Papp at the Public Theatre and so we started the Giving Back program.” Giving Back is a central idea here.

“The theatre should be the kitchen table of the community,” she explained. “And that means everybody has to be at that table, not just the people who have the caviar. So it’s a combination of a more current and cutting edge program, combined with pure entertainment and fun, and accessibility.”

The more diverse the programming, the more open and accessible it is, the more vibrant the atmosphere. And Dorset Theatre Festival continues to run on that energy.

The Play’s the Thing.

“For so many people, going to the theatre is scary. You have to sit here in the same space with total strangers, breathing the same air, feeling feelings! Right? So we try to prepare people ahead, create a comfortable space, and invite them to engage afterward with us, with each other, with their friends a week later. We need the stories to be more than just a two-hour event.”

“That’s the thing,” Dina added. “It’s about the work we’re doing and how it relates and contributes to the common discourse of our time. That’s what theatre does, in a powerful way. It’s a little bit like church. And it’s not a screen, it’s alive, and it’s in the moment. And it’s not singular. In a perfect world, we create an environment where audiences have gotten used to the fact that they are communal. They leave a show and find a seat in the café, with friends or strangers because they just can’t wait to discuss the evening.”

The village of Dorset is quintessential New England with clapboard houses, picket fences, a general store, and a pretty town green. And while the theatre is state of the art inside, it’s simply three old Vermont barns that were put together. “It’s that balance of quaintness with programming,” smiles Dina, “where you’re watching something you could have seen on Broadway last week, that makes this so unique.”

This summer, the Festival turns 40. “We’re excited about the diversity we have in our anniversary season lineup: both in our main stage productions and our New Play Reading series. Tim and Tyne Daly are joining us for the world premiere of Theresa Rebeck’s “Downstairs,” and the combination of this talented brother/sister duo and Theresa’s excellent writing is thrilling.” 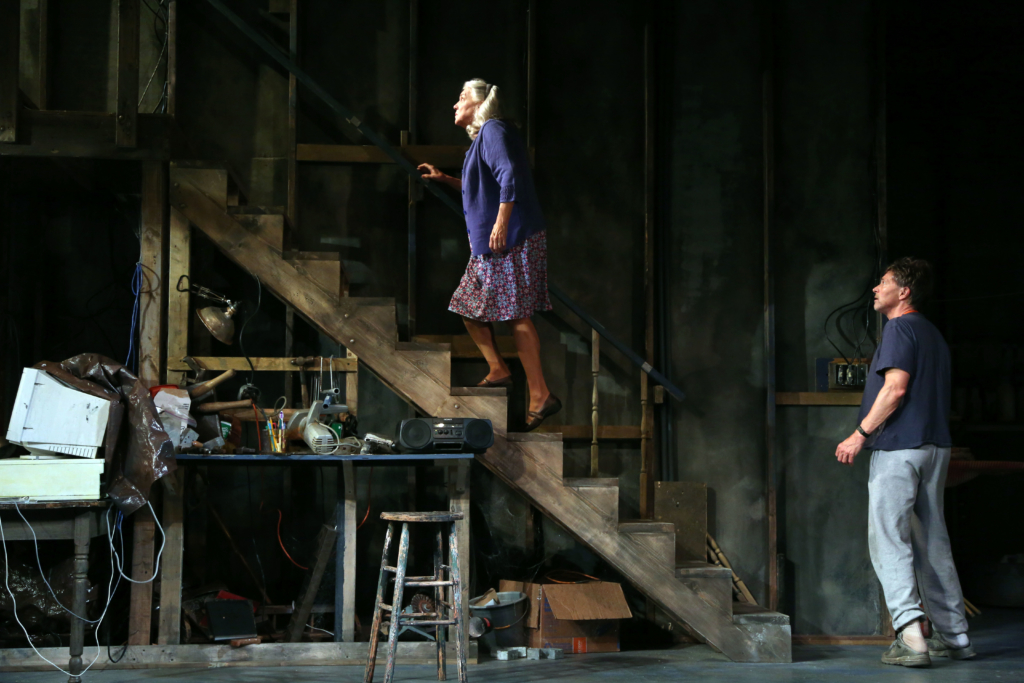 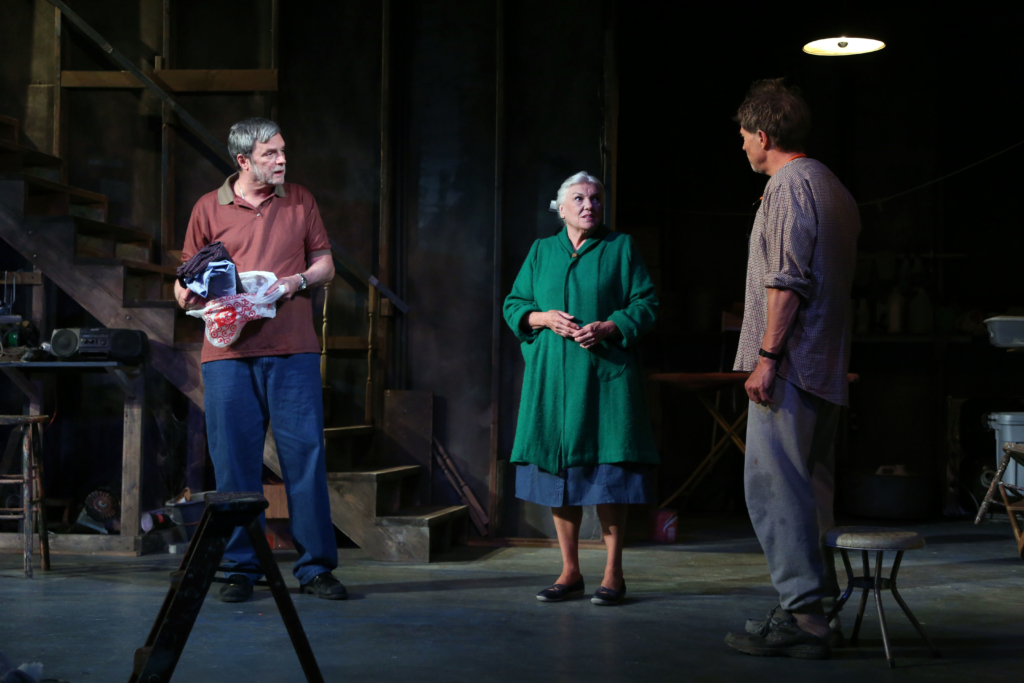 Dina wants her theatre guests to have a complete experience. You can do “play and a picnic.” Order ahead and have lunch before a matinee, then join a backstage tour. Order ahead for opening night, or just show up for wine and cheese. Stay for talkbacks, come to new play readings, and most of all, bring friends!

Experience it for Yourself

There are many opportunities to engage and enjoy what the Festival has to offer. It’s just ten minutes from Manchester, but a world apart. Click through for additional photos, social media links, and a map so you can plan your visit!

Summer Festivals and Fun in Manchester,...

Summer is returning to Manchester, Vermont and so is a bit of normalcy.

The Romance of Manchester

Valentine’s Day is just a few days away- and love is in the air. Our beautiful town offers romance throughout the year, but the winter is...

A Sunday Drive for Any Day...

If you’re looking for a wonderful day trip, we’ve mapped out a charming day drive that winds you through some of Manchester's most sceni...