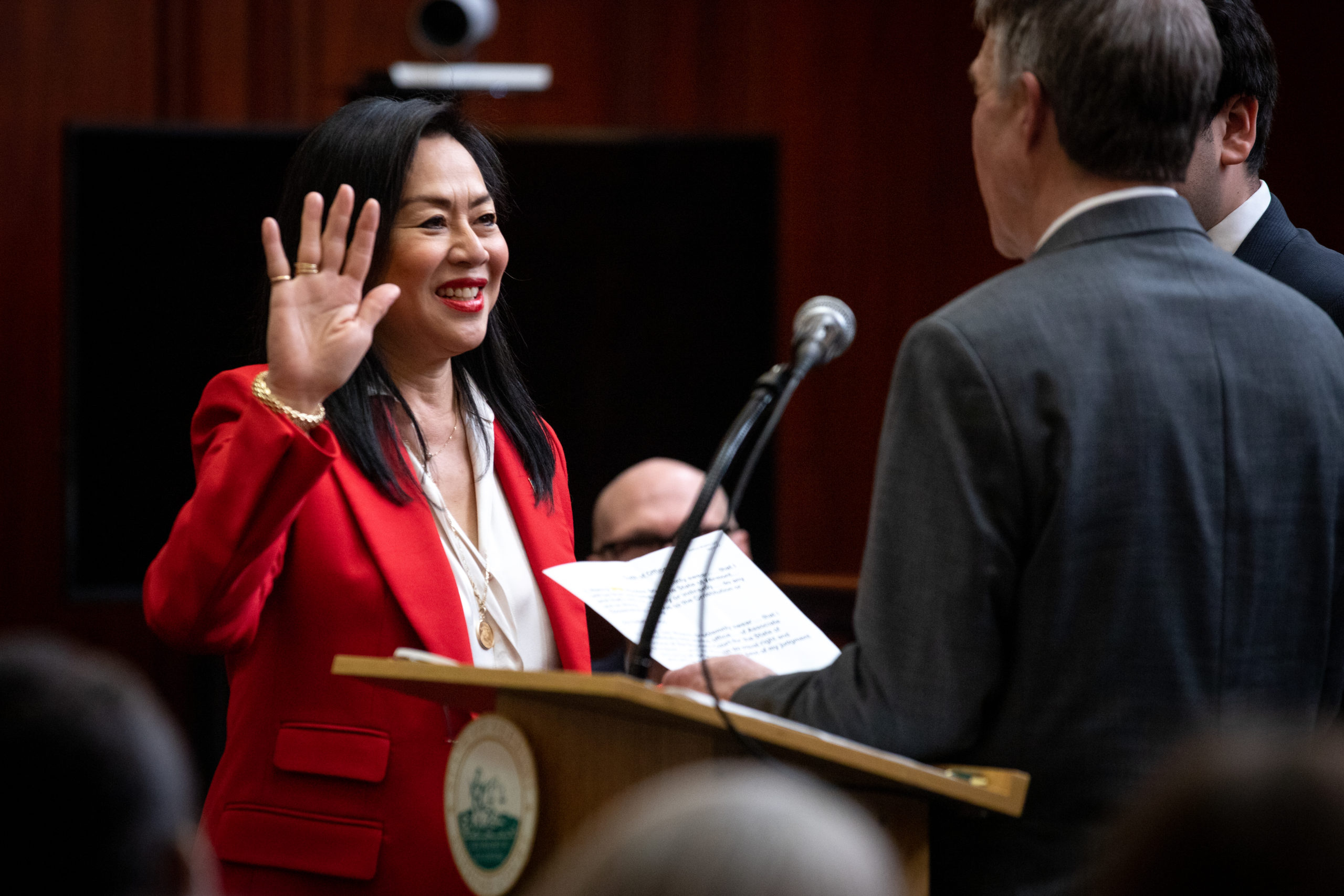 Initially, AAPI Heritage was only celebrated for a week in the month of May. In 1979, through the work of Representative Frank Horton of New York and Senator Daniel Inouye of Hawaii, the U.S. Congress chose the 7-day period beginning on May 4, 1979.  At that time, it was known as ‘Asian/Pacific American Heritage Week”. In 1990, the U.S. Congress passed a law extending that week to the entire month of May.

May was chosen for two reasons: First, to commemorate the immigration of the first Japanese to the United States on May 7, 1843, and Second, to mark the anniversary of the completion of the transcontinental railroad on May 10, 1869 with significant contributions from Chinese workers. 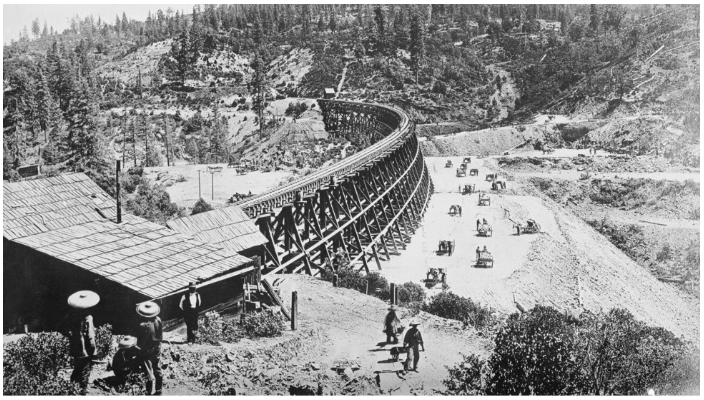 Chinese laborers at work on construction for the railroad, built across the Sierra Nevada Mountains, circa 1870s. Bettmann Archive/Getty Image via History.com

Asian Americans and Pacific Islanders have contributed significantly to many facets of American culture and society, including science and medicine, literature and art, sports and recreation, government and politics, and activism and law.  In film history, AAPI people, stories, and traditions have become more visible with South Korean director Bong Joon Ho’s Parasite winning the Academy Award for Best Picture in 2019 and the release of Shang-Chi and the Legend of the Ten Rings in 2021, debuting Marvel’s first Asian superhero.

Today, the Asian American community is the fastest growing group in the country, increasing by 35% over the last decade. In Vermont, Asian Americans make up about 1.7% of the State’s population.

The steps taken to reduce hate crimes on both the State and Federal level is great news. Vermont and its residents continue to make great strides in recognizing the value and contributions of the AAIP in our communities, but there is still work to be done.  Working together with open hearts and minds, creating equal opportunities for all, engaging in open dialogue, continued education, and addressing racist actions and behaviors, no matter how uncomfortable it makes us, will allow progress, equal protection, and positive change. Justice Nancy Waples is sworn in to the Vermont Supreme Court. Photo by Riley Robinson/VTDigger

Recently, the Vermont State Senate confirmed Nancy Waples, the daughter of an immigrant family from mainland China, as a member of the state’s highest court. She was approved by a vote of 27-0 by the Vermont Senate, after being nominated for the job by Governor Phil Scott in February.  As Scott said in a statement, “Her story, perspective, and skills will make her an exceptional justice”.  She most recently has served as a Vermont Superior Court judge since 2015.

Judge Waples is the first woman of color and first Asian American to be seated on the state’s highest court. 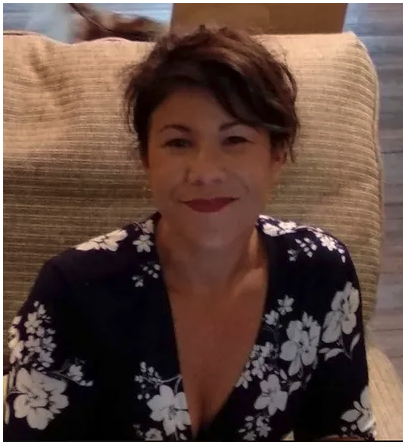 ABODE is a kitchen design studio dedicated to creating enriched environments that enhance the lives of people and their families.

Designer Danielle Dupuis Mathers has built her business on the premise that communication and relationships are fundamental to unlocking the hidden potential of every project. She guides clients through a process of discovery that allows the design to unfold as a reflection of her unique vision and her clients’ desires and needs.

Twenty years ago, Danielle began her design career. Working every day to incorporate the most innovative kitchen and bath solutions into her designs, she can produce what most of us can only imagine. Her innate sense of style and balance leads to designs with pleasing lines and efficient function. Her fastidious attention to detail is apparent and affords her clients the comfort of knowing their project is in good hands. She listens carefully to help her clients explore layouts and products that are both practical and beautiful.

Danielle’s straightforward approach and dependable work ethic have allowed her to build lasting partnerships with clients, contractors, and manufacturers. 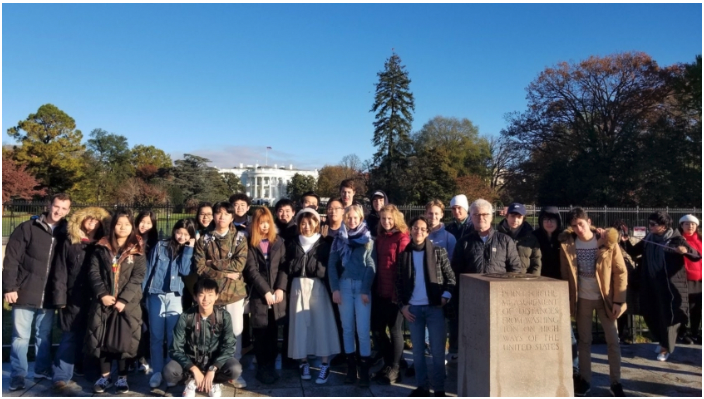 Most people may be surprised to learn that the world’s largest publisher of books on Asia is located in Southern Vermont. The company’s modern founder, Charles E. Tuttle, belonged to a New England family steeped in publishing—but WWII brought him to a new career in Japan. 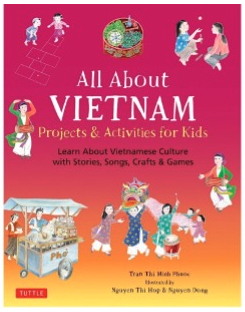 Charles Tuttle was tasked with helping to revive the Japanese publishing industry in post-war Japan, where he also imported American books to sell to the millions of GIs stationed there. By 1949, Tuttle’s business was thriving, and he opened Tokyo’s first English-language bookstore, to great success. Two years later, he began publishing books to fulfill the growing interest in the West for all things Asia. 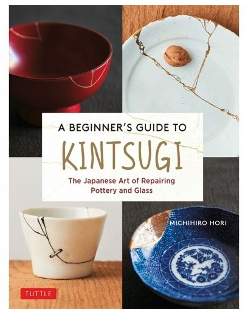 Tuttle and the Japan American Society of Vermont (See below) have deep roots in their shared state of founding and have been working together for more than 20 years to promote understanding of and interest in Japanese culture. 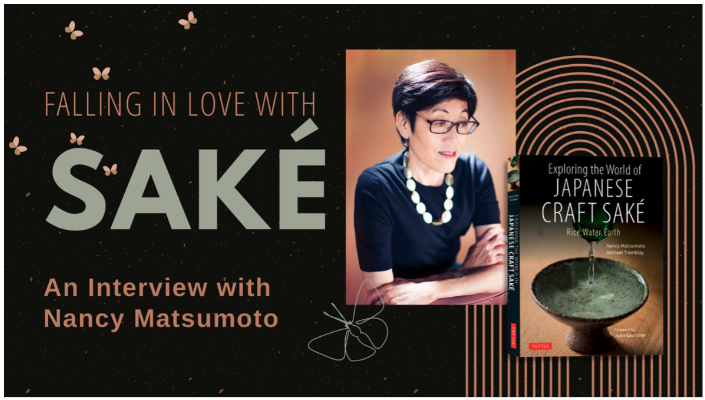 CELEBRATING DIVERSITY IN THE ARTS:

The Manchester Music Festival (MMF) Young Artists Program is a full scholarship, five-week chamber music intensive for string players and pianists, ages 18-26. Students from around the world come to Manchester to receive daily coaching sessions by a faculty composed of renowned artists in preparation for public performances of full chamber works across the duration of the festival. Each MMF Young Artist receives a scholarship that provides full tuition, free accommodations, and a modest weekly stipend.

This season’s Young Artists are especially talented, and hail from eight different countries.  They will perform on Sundays, July 10-24 at the Arkell Pavilion, SVAC at 5:00 pm, and will be the stars of Concert & Cocktails, a benefit concert in support of the Young Artists Program on Sunday, July 31st in the Music Tent in the Meadow at the Equinox Resort.  During the first week of August, the students will be on tour in the Southern Vermont area, with performances in both Bennington and Rutland. 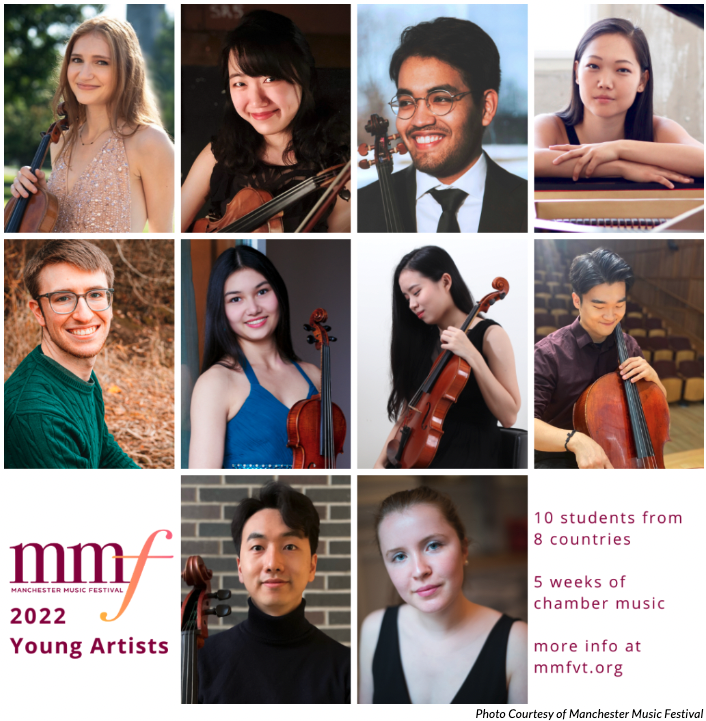 In February 2022, SVAC hosted “mokuhanga stories”, a virtual program. Four artists from The World Between the Block and the Paper shared their personal stories with Alison Crites, SVAC’s Manager of Exhibitions & Interpretive Engagement. 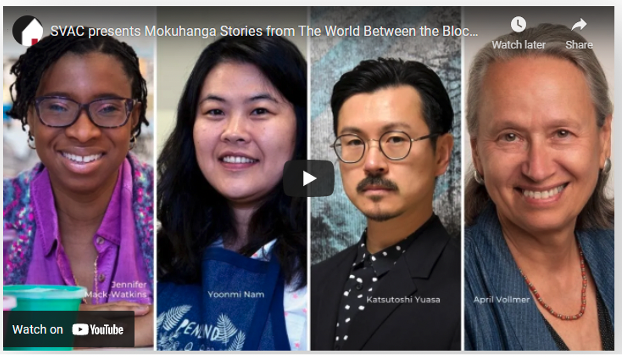 Mokuhanga, a modern Japanese woodblock printing can trace its origins directly to China where it was invented in antiquity. The technique replaced seals and stamps for making impressions and writing by hand for longer text. Early woodblock printing was used to print text on textiles and then later on paper, the earliest surviving examples date to the Han dynasty (206 BC–220 AD).

Yoonmi Nam, April Vollmer, Katsutoshi Yuasa, and Jennifer Mack-Watkins all specialize in water-based woodblock printmaking. In their remarks, the artists spoke about how they first came to mokuhanga, what resonates with them about this medium, and what unique visual languages they have developed in their work. The artists also spoke about the ways mokuhanga can be used to open up conversations about some of the most pressing issues of our time.

The Japan America Society of Vermont, Inc. (JASV) is a non-political, non-profit, volunteer organization. Membership is open to anyone seeking better understanding and interaction between Japanese and Americans. The JASV is one of more than 40 Japan-America Societies in the nation and cooperates with the Associated Japan-America Societies of the U.S. The society seeks to improve cross-cultural understanding and mutually beneficial interaction among Japanese and Vermont individuals, families, businesses, and other organizations. The JASV sponsors activities such as a Matsuri cultural festival, business and cultural presentations, demonstrations, language courses, and other programs as funding allows. It publishes a quarterly newsletter and provides referral, orientation, and translation services. Learn more at  http://jasv.org/v2/index.php

The people of ACC of Vermont recognize, honor, and explore the value and relevance of the arts and cultures of peoples across Asia from the Pacific to the Mediterranean and from the Arctic to the Indian Oceans. The people of ACC strive to find common ground, promote greater understanding between cultures and make the world a better place through cross-cultural approaches to the care and respect of the natural world.  The people of ACC look to creativity, craftsmanship, design, language, customs, values, tradition, change, and health and wellness to guide their direction forward.

The VNAAC’s mission is to increase civic engagement, dismantle barriers to a sense of belonging, and expand opportunities for New American communities to thrive socially, culturally, and economically in Vermont as all New Americans have the right to belong and thrive in the place we all call home.

It is NRCS policy to conduct a positive and continuing program that provides equal employment opportunity for Asian Americans and NHPI in all personnel management policies and practices and in NRCS sponsored programs and activities. The Asian American/Native Hawaiian/Pacific Islander Emphasis Program operates under these authorities.  Learn more at nrcs.usda.gov