From the seat of a bicycle, Manchester, Vermont and the Shires somehow seem even more stunning.

Perhaps that’s because the rolling hills and verdant valleys in and around Manchester are perfectly suited for a two-wheeled excursion, or maybe it’s due to the vast terrain that one can conquer while cycling; cruising along just slowly enough to soak it all in. 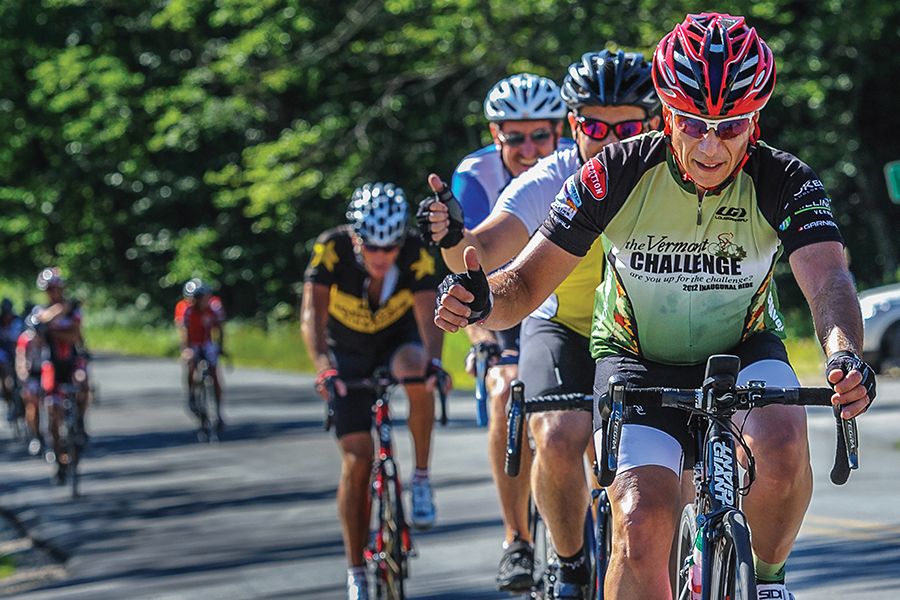 Casual and competitive cyclists alike have come to love this valley of Vermont for those very reasons, and in the past decade the latter have flocked to the area exponentially. While regional events such as the Tour de Bondville and Tour de Grace offer up longer and faster races appropriate for both amateurs and professionals, it’s the ever-growing Vermont Challenge that has put Manchester on the cycling map since its inception seven years ago.

The Vermont Challenge draws some of New England’s fastest riders as part of the Gran Fondo National Series—a cycling challenge connecting competitive events across the country. Challengers enjoy four days of riding through the awe-inspiring landscapes of the region, including stops in many of the historic towns and villages held within it. 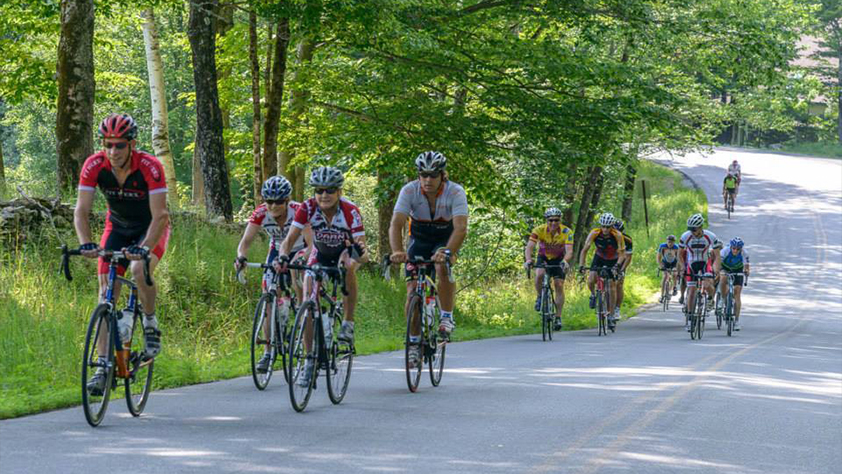 Back in 2018, organizers added a new 56-mile route which ends the Challenge on a high note: participants got the chance to climb the 3,186 feet of elevation gain ascending Sunderland’s Skyline Drive on the final day of the event, finishing atop the summit of Mount Equinox. With multiple distances and difficulties to choose from each day, the Challenge is accessible for athletes of every skill level.

More and more these larger events expose Manchester as a burgeoning cycling locale. That’s partly thanks to initiatives such as Bike Manchester VT, which works to ensure that Manchester’s bicycling landscape remains vibrant and ever-expanding. Indexing all of the information you’d need to plan an excursion on or off the road, the organization’s work benefits locals and visitors alike. 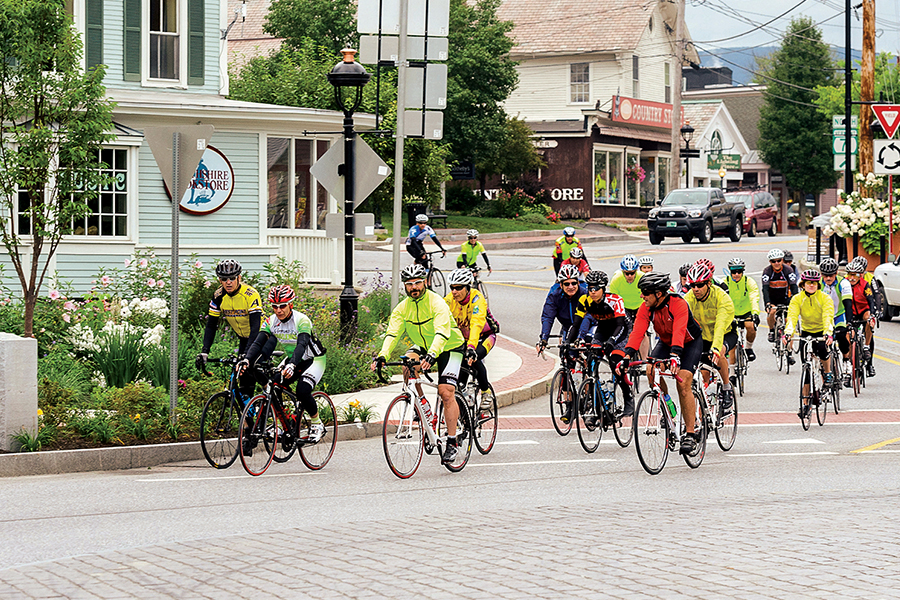 But where to go when you’re in need of gear, accessories, or apparel?

Having been in Manchester for more than 40 years, Battenkill Bicycles has long offered not only a selection of bikes and gear to buy or rent, but also the skills needed to maintain or repair that equipment. Soak up some of the camaraderie by joining one of Battenkill Bicycle’s weekly road rides, or join the store’s Strava Club to stay in touch with fellow cyclists. (Prefer to fly solo? Check out the rides that the shop has mapped on Strava for some inspiration. We recommend “The Hills of Manchester” if you’re looking for a challenge.) 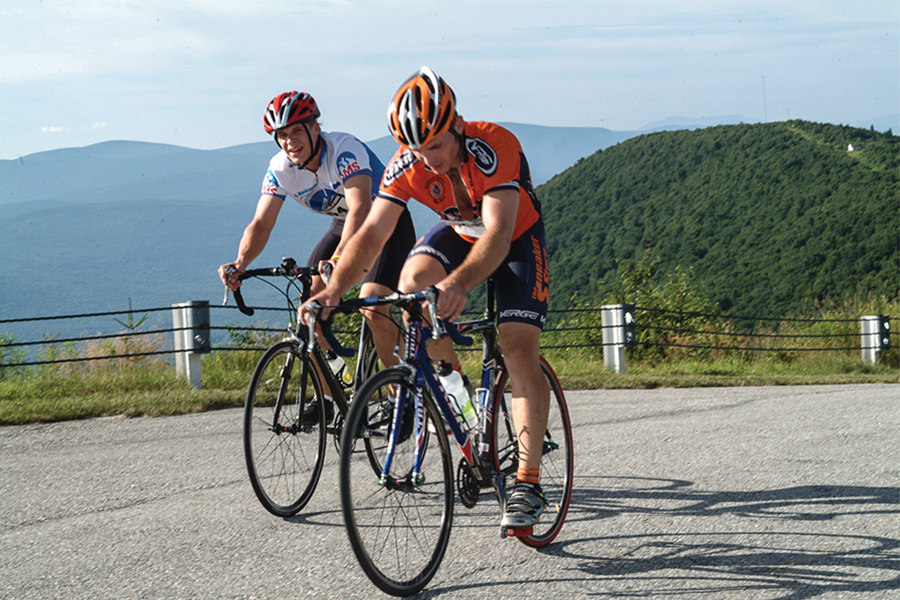 If off-road adventures are more your style, plan an adventure on the community-built and -maintained trails offered by the Northshire Area Trail System, or ride one of the many routes available at the popular Equinox Preserve. While the newest trail in the Northshire may still be in development, be sure to make time for an out-and-back excursion on the Manchester Rail Trail, ending with a breathtaking view of Dorset’s Mount Aeolus. Begin at the Rail Trail’s North Road entrance and enjoy a nosh at the picnic table marking the route’s current endpoint for a family-friendly ride.

With new mountain biking trails in construction at Wild Wings Ski and Yoga, just outside Manchester, it’s a safe bet that the cycling options in and around MVT will only continue to grow. And in Manchester, you’ll never want for vibrant views—nor the equally vibrant communities that make them all the richer.

So strap on your helmet, hop on your bike, and come along for the ride.

Autumn is In The Air: MVT Must-Dos

Whether you are planning an extravagant meal in your home, renting out space to host a number of guests, or just looking to be wined and din...

That transitional time of the year when the Green and Taconic Mountains provide visitors and locals alike with incredible colors, enhancing ...

Manchester is home to incredible service industry businesses and retailers who are experts at helping both those that live here and those th...